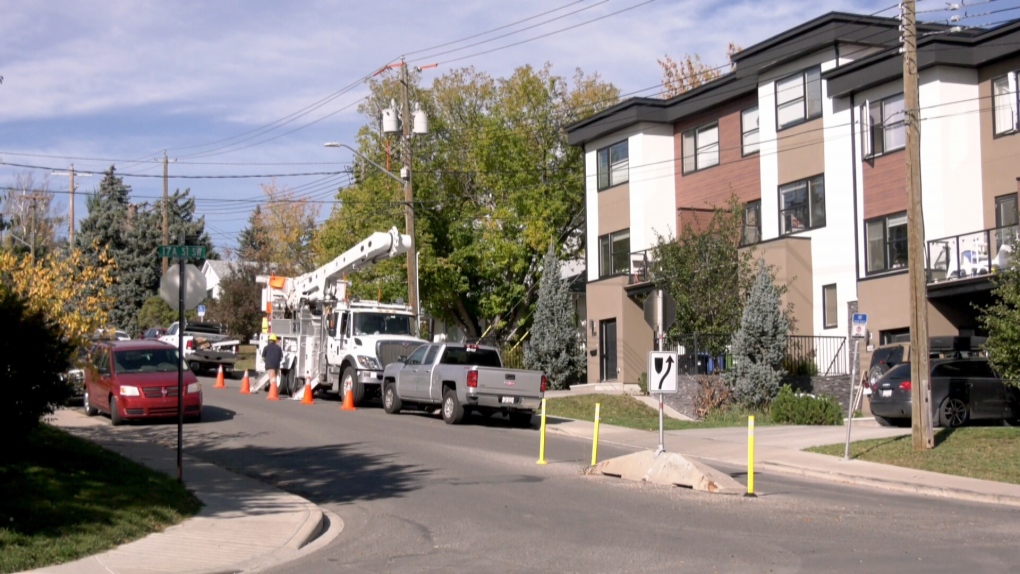 Crews work to repair a transformer that reportedly exploded in the southwest community of Bankview.
CALGARY -

One caller reported seeing a large plume of smoke and another saw sparks after an ENMAX transformer reportedly exploded at 23 Avenue and 17 Street S.W. early Thursday.

Crews were alerted just before 8 a.m. and ENMAX officials say about 60 customers in the area were affected.

No injuries were reported and the Calgary Fire Department says there was no damage to nearby buildings.

ENMAX has started an investigation into the cause of the explosion in Bankview.