Hockey Calgary is reminding its minor hockey players of the importance of inclusivity after the release of  a national report from Hockey Canada that outlined more than 900 documented or alleged incidents of on-ice discrimination during the 2021-22 season.

The first-of-its-kind report from the national sport organization tracked complaints which includes verbal taunts, insults, and intimidation across all levels and age groups.

Data revealed 512 penalties for discrimination called by officials, while 415 off-ice complaints were made resulting in a total of 75 suspensions.

“It’s disappointing the numbers continue to be so high, but our organizations are focusing on bring that number down as we continue to educate our players and our coaches,” said  Hockey Calgary executive director Kevin Kobelka.

"Our tagline is ‘everyone’s game’ and we want this game to be inclusive, we want everybody to play," Kobelka added. "We know that the demographics and the culture is changing in Canada, and our mandate is to grow."

The purpose of the event is to bring in prominent members of diverse communities to talk about their struggles, to highlight the importance of working together and being good citizens in the process. 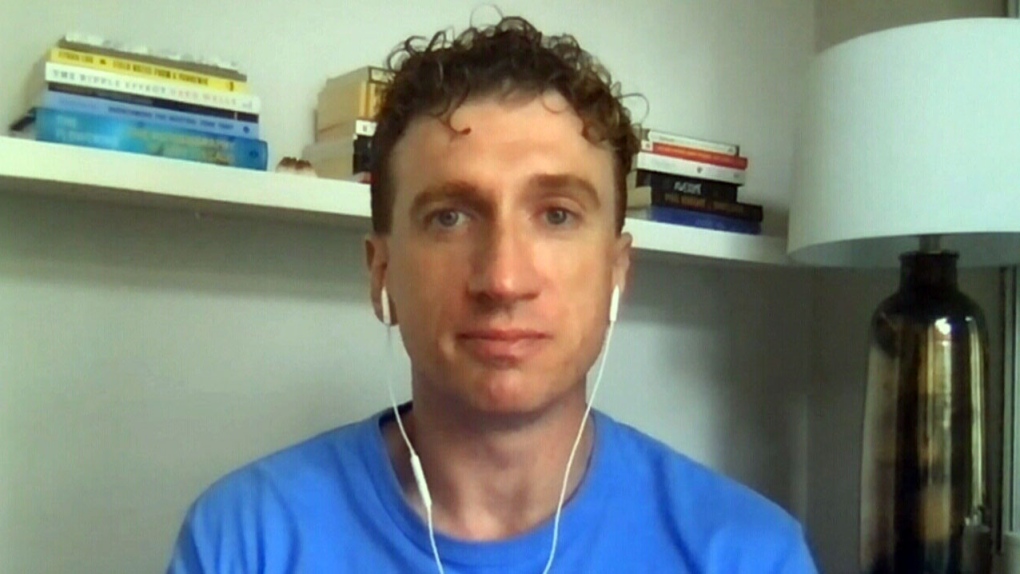 Of the types of discrimination penalized across Canada, the highest number of penalties (61 per cent of incidents) involved references to one’s sexual orientation or gender identity.

“Honestly this doesn’t even surprise me unfortunately, I thought the number would be higher,” said McGillis.

“I think we need to humanize so these players realize that the impact of their language and words. I think from there, we need to educate. Everyone talks about education, but we miss humanization because most of  these kids and adults don't even think this impacts them or has anything to do with them.”

McGillis added that in his speech to Hockey Calgary coaches and players, he emphasized the importance of accepting and loving each other as he reflected on darker days.

“I mean, from my own personal perspective, I was in the OHL self-harming and because of the language I heard, I was suicidal from it and it wasn't even necessarily directed at me,” he said.

“It’s not about ‘woke culture.’ It's just that we all think we're good people and if we're going to be good people, we want everyone to be happy and healthy and feel good and take part like it's, it's, I want them to become shift makers and create good spaces because that's what our culture is supposed to be about is being good people and doing the right thing and we're currently not always doing that."

According to Hockey Canada data, there were 91 incidents of discrimination reported in Alberta across all age groups.

Hockey Alberta accounts for 72,024 players and ranked tied for the third-highest per capita number of penalties handed out.

The provincial organization adds that it is following new Hockey Canada playing rules to ensure players, coaches, and parents work together to create an environment that is accessible, inclusive and free from all forms of harassment, bullying, and maltreatment.

"Here is an outline of the things we are doing at Hockey Alberta as we work to eliminate discrimination and maltreatment in our sport… it’s basically a three-pronged approach," it said.

2.  Hockey Alberta is educating our participants and stakeholders on unacceptable behaviour in our sport. A significant undertaking was 11.4 Maltreatment Awareness Day on Friday, November 4 to educate and provide access to resources to make our game more inclusive. The day included the release of an episode of Hockey Alberta’s Centre Ice Podcast talking about the creation, implementation and review of the maltreatment rule and the tracking process.

In the aftermath of 11.4 Day, Hockey Alberta is now working with its member organizations and arenas around the province to get posters and signage displayed to provide a reminder of the behaviours we are working to eliminate. Forty pull-up signs are being distributed to selected centres, and posters will be sent to each of the more than 330 arenas in the province.

3.  Hockey Alberta is working with its Equity, Diversity and Inclusion Committee to get a better understanding of individual experiences in our sport related to discrimination. That information will help establish organizational direction in addressing discrimination and maltreatment.

'EDUCATION BEFORE IT HAPPENS'

Moezine Hasham is the executive director and founder of Hockey4Youth, a charitable organization aimed at providing new Canadian youth an opportunity to play ice hockey at no cost, while learning valuable life lesson.

He said he was shocked to hear that discrimination is still prevalent across the sport of hockey, but pleased with Hockey Canada’s transparency in providing a public record of incidents.

“I think that's important, however, it's disturbing when you look at the statistics here, if you look at just from the U18 team, down to the U9 division that 72 per cent of the acts of discrimination are coming from kids,” he said.

“We’re doing our part, but at the end of the day, education is not just when an incident happens. You have to have that education happen before incidents happen. It's the deterrent to and the antidote to racism. You need to educate young people about what's happening out on the ice.”

Hasham emphasized the importance of creating a fun environment that remains competitive, but has stronger teaching of respect for opponents and teammates, not just on the ice, but beyond.

“Most of these kids are not going to go on to have a professional career in hockey, and even if they are, we’ve seen professional players continue to discriminate,” he said.

“So the culture inside of hockey needs to change. It's not just about suspensions, it's about education. It's about ensuring that everyone understands that there's a society outside of the arena that you're going to end up working with people from all sorts of different backgrounds, sexual orientations, disabilities, and you need to understand that society is a fabric of the people that are in it.”

Former NHL hockey player Akim Aliu who is the founder of Hockey Diversity Alliance (HAD) also spoke with CTV News Friday to highlight the importance of removing barriers and bringing transformative change to the sport.

Aliu sparked a conversation in 2019 after accusing then Calgary Flames coach Bill Peters of directing racial slurs at him several time when both were with the AHL Rockford Ice Hogs in the 2009-10 season.

Peters would eventually resign and Aliu would go on to co-found the HDA.

“I think it's important to teach these kids the plight of the what the Black, Indigenous community have gone through and I think when you get educated on obviously the suffering of those communities, you understand the gravity of some of the words that are being used in the slurs and the discrimination against those communities,” Aliu said.

“A lot of people don’t understand is that in most cases, we know hockey is an elitist white sport. We have to look at the number of kids of colour that are in that space. We have age groups that have only three or four kids of colour, and they're the ones that are dealing with these issues.”

Aliu also noted that Hockey Canada will need to do better in implementing positive change.

“We need the general public really putting pressure on these institutions to do more and to do it at a rapid pace.”

The Hockey Canada discrimination report comes on the heels of its release of an “action plan” unveiled in July to address “toxic behaviour in the sport” amid alleged sexual assaults involving members of both the 2018 and 2003 world junior teams.

We need to do more to address the behaviours that are undermining the many good things the game brings to our country.

With our Action Plan, we aim to do just that.

The organization said information released Friday does not reflect on-ice incidents of maltreatment, sexual violence or abuse. Those incidents will be tracked this season by the federal government’s Office of the Sport Integrity Commissioner or a new independent third-party complaint process.

Authorities in Western Australia on Wednesday recovered a tiny but dangerous radioactive capsule that fell off a truck while being transported along a 1,400-kilometre Outback highway last month in what an official said was like finding the needle in the haystack.

An Alberta First Nation is to sign an agreement today with Ottawa giving it the autonomy to administer its child welfare.

Health Canada is encouraging Canadians to check their cupboards and kitchen tables as the agency has recalled more than 30 types of Indigo-branded items including ceramic mugs, mug ornaments and houseware products due to potential mould contamination.

Tom Brady retires, insisting this time it's for good

Tom Brady, who won a record seven Super Bowls for New England and Tampa, has announced his retirement.

'We're all Tyre': Family prepares to lay Nichols to rest

The family of Tyre Nichols plans to lay him to rest on Wednesday, three weeks after he died following a brutal beating by Memphis police after a traffic stop.

Las Vegas police on Tuesday arrested and raided the home of a former 'Dances With Wolves' actor turned alleged cult leader accused of sexually assaulting young Indigenous girls during a period spanning two decades, according to police records obtained by The Associated Press.