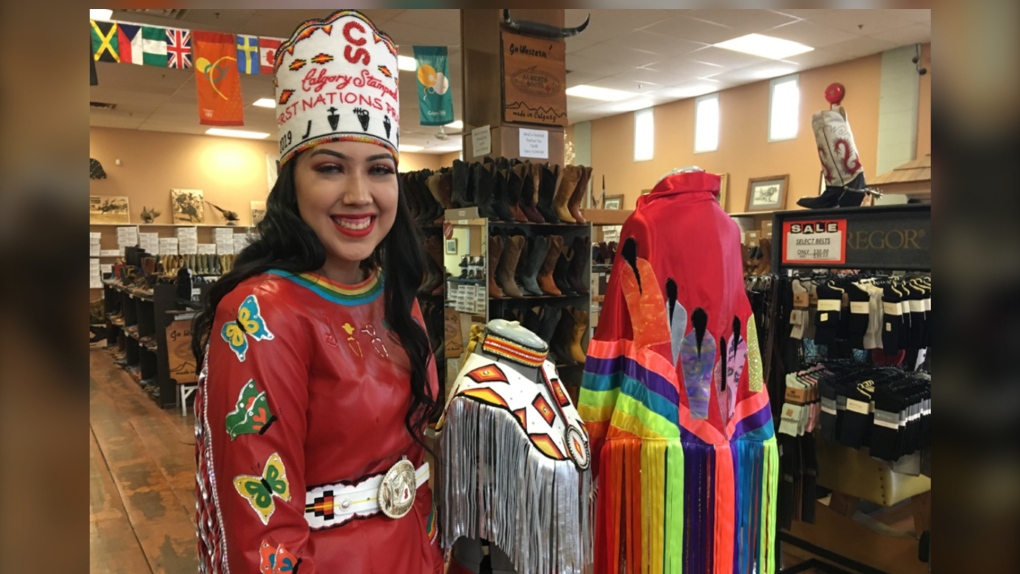 Astokomii Smith knew it would be special but when the cover came off three hand-crafted outfits for her role as Stampede First Nations Princess, she burst into joyful tears.

“I’m speechless,” said Smith in front of the small gathering at Alberta Boot Company on Friday morning. “I’m very thankful. I know a lot of work went into this by many different people.”

Her smile was as wide as the Siksika Nation she represents.

Some of the intricate beadwork was done by Smith’s grandmother. “Which is really special to me, and it’s actually the first time it’s been done on the parade leathers.”

Her parade leathers are a tasseled red leather gown inset with designs under the collar signifying the five First Nations that make up Treaty 7.  Butterflies along the sleeve are a nod to her powwow dance, the fancy shawl dance. Along the hem of the long dress are bear designs taken from her family’s traditional teepee decorations.

“At one point, bears and people lived together, and at one point the people were starving and the bears provided food for them, so we honour them by putting the bears on the teepee.”

The other two outfits that make up her official Stampede regalia are a riding outfit and shawl dance outfit, all in red.

Part of Smith's role as 2019 Calgary Stampede First Nations Princess is to educate people about the rich history and culture of the indigenous peoples of the west.

The regalia was made over many hours by Janine’s Custom Creations and is meant to pay homage to the importance of family legacy and tradition. 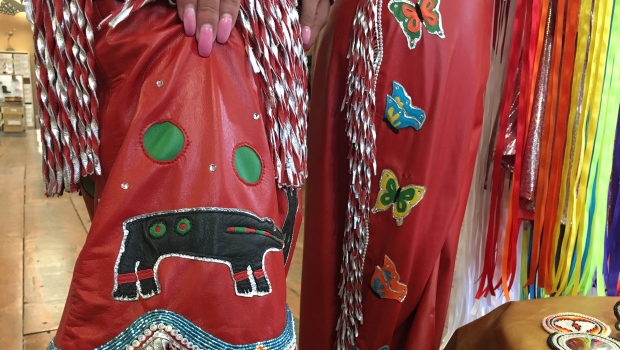