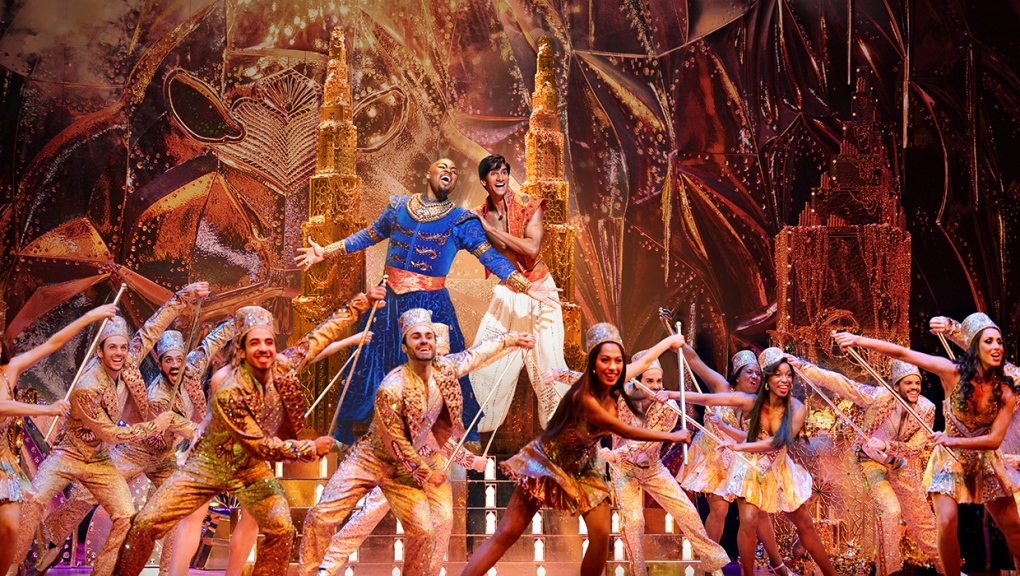 The cast of Disney' s Aladdin which is part of Broadway Across Canada's 2023 season which was announced Monday. (Photo: Matthew Murphy)

Broadway Across Canada's new season includes a new production of a legendary hit, the musical adaptation of the movie that made Julia Roberts a superstar, a Disney musical featuring a wisecracking genie and finally a jukebox musical that features the music of one of the greatest R&B groups of all time.

Fiddler on the Roof opens Broadway Across Canada's 2023 season January 10. Directed by Tony-winning Bartlett Sher, it's a new production of the masterpiece that produced songs such as "If I Were a Rich Man," "Matchmaker, Matchmaker" and "Sunrise, Sunset."

The season closes with Ain't Too Proud to Beg: The Life and Times of the Temptations, which runs Sept.  26-Oct 1, 2023, and tells the story of the Temptations' journey from the streets of Detroit to being inducted into the Rock and Roll Hall of fame.

Season ticket tickets go on sale today for existing subscribers and on July 5 at 10 a.m. for the general public at BroadwayAcrossCanada.ca or 1-866-532-7469.