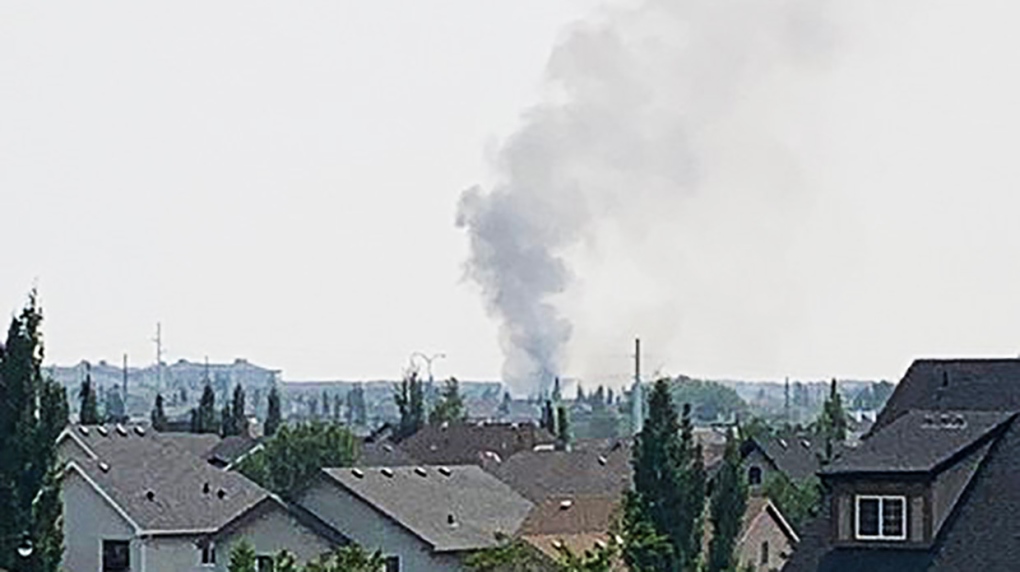 A structure fire was burning Friday afternoon in the area around Auburn Bay, in Calgary. (Courtesy: Twitter)
CALGARY -

Two alarms were called, with 40 firefighters deployed to combat the blaze.

According to a Calgary Fire Department spokesperson, two homes were destroyed, and two others suffered moderate external damage while heavy smoke and flames threatened nearby homes.

No one was injured and no pets were hurt.