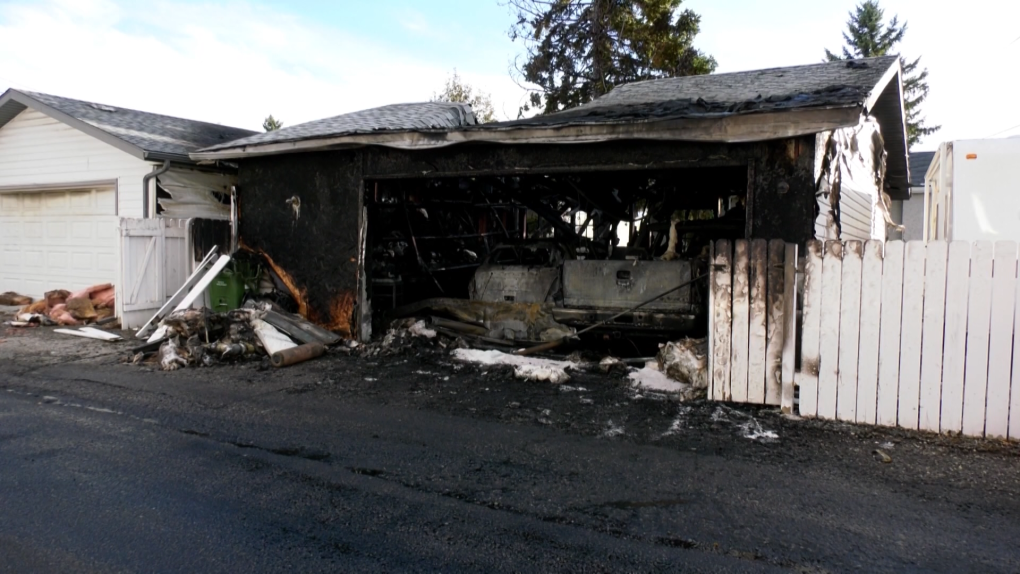 An afternoon fire damaged two detached garages and the vehicles inside Sunday.

Firefighters were called to the 1000 block of Middleton Drive around 2 p.m., according to the Calgary Fire Department.

When crews arrived, they said one garage was fully engulfed and the other was partially burning.

The fire didn’t reach the houses, but two vehicles in one of the garages appeared to have suffered heavy damage. Officials said a third vehicle in the other garage may have been destroyed as well.

Firefighters added that the cause of the blaze is still unknown.