Six people are out of their homes after a fire spread to two residences along Centre Street Sunday.

The fire happened just after noon in Beddington Heights.

It's unclear how it started, but fire crews say it originated in the back of one home and spread quickly to another, aided by strong winds. 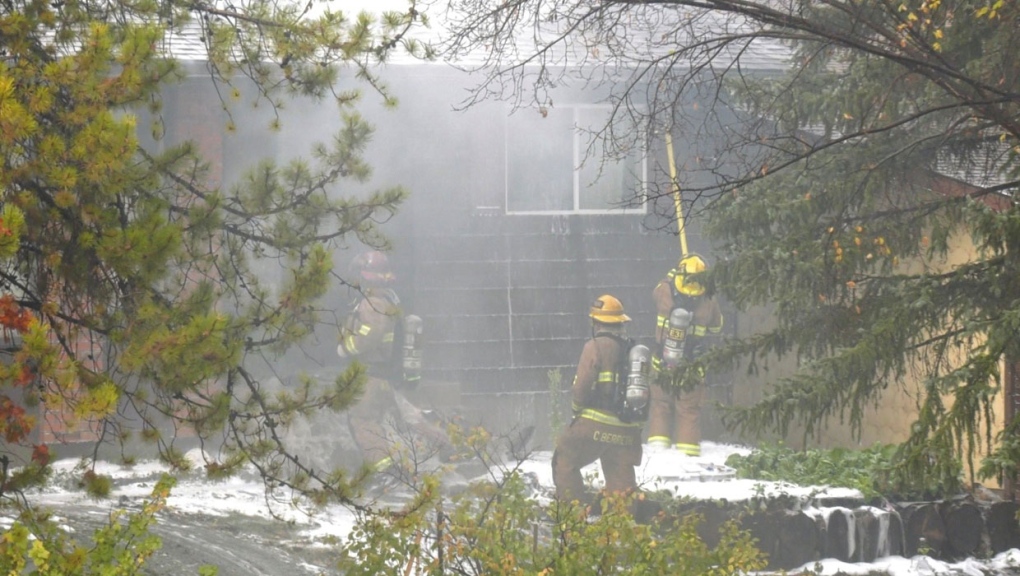 Nazy Manuel moved into the basement suite of one of the homes last month. He wasn't there when the fire started.

"I was out for groceries and then when I come in here to park, I saw all the fire trucks," he told CTV News. "Then I saw the houses burning.

"I was just thinking, ‘Maybe it's in the other house.’"

He says crews told him most of his belongings are likely destroyed by the water they used.

"All of my papers and even my laptop; all of that is in there," he said. "It's like mixed emotions. I feel OK because I'm safe, but still, I'm disappointed in what happened."

On Sunday night, he'll be staying with a friend as fire crews remain at the scene, with the home blocked off.

No one in either home was injured.