That was just one of the fallouts from a heavier-than-anticipated overnight snowfall that blanketed Calgary.

Traffic lights were out at the intersection of Bow Trail and Sarcee Trail S.W. According to @yyctransportation, lights were flashing red at Memorial Drive and 7 Street N.W.

The roads were also blanketed early Saturday, but crews told CTV News by the afternoon they were happy with clearing efforts.

"We've got our crews out taking care of business," Chris Hewitt said. "We've got about 50 (plows) today covering most of our routes and we'll have 50 out tonight. The priority one and two roads -- that's your Glenmores and Crowchilds -- the major roads through communities and your bus routes, they're all looking pretty good."

That doesn't mean it's as safe as it was before the snowfall. Hewitt advised motorists to slow down and to be alert for trouble spots at intersections, on hills, ramps and bridge decks.

According to a release issued by the city, up to 15 cm of snow fell overnight in parts of Calgary, with more forecast to fall throughout the afternoon and evening. 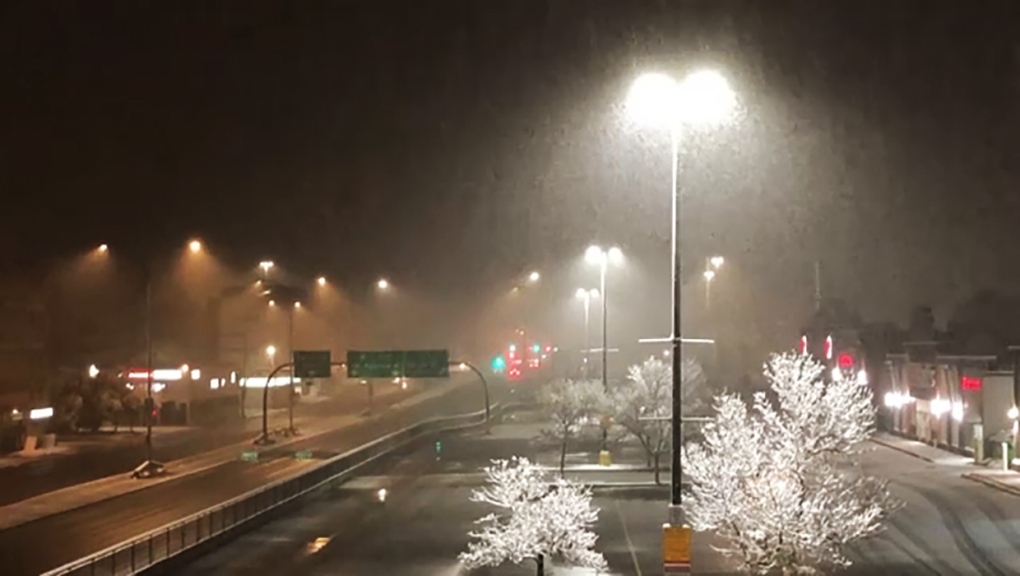 A snowfall warning was issued by Environment Canada for parts of southern Alberta, including Lethbridge.

It said that rain would change to snowfall, with 10-15 cm expected to fall by Sunday.

The following communities were under snowfall warnings: