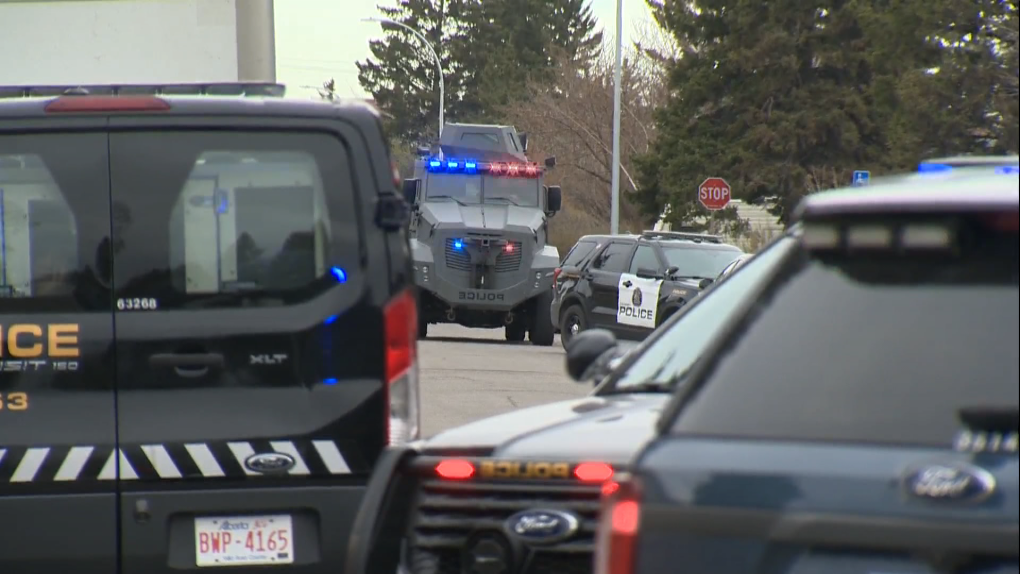 CPS units and the tactical unit's armoured vehicle in Forest Lawn during the investigation into reports of shots fired.

Calgary police say one person was taken into custody on Wednesday following a standoff in Forest Lawn.

Officers spent several hours negotiating with someone in a house in the 1300 block of 38th Street S.E. after gunshots were reported.

Police said Wednesday evening that it's unknown if a gun was actually fired and no injuries were reported.

According to investigators, the incident centred on a dispute involving two people but ended peacefully.

Officers will be continuing to hold the scene as they investigate further.