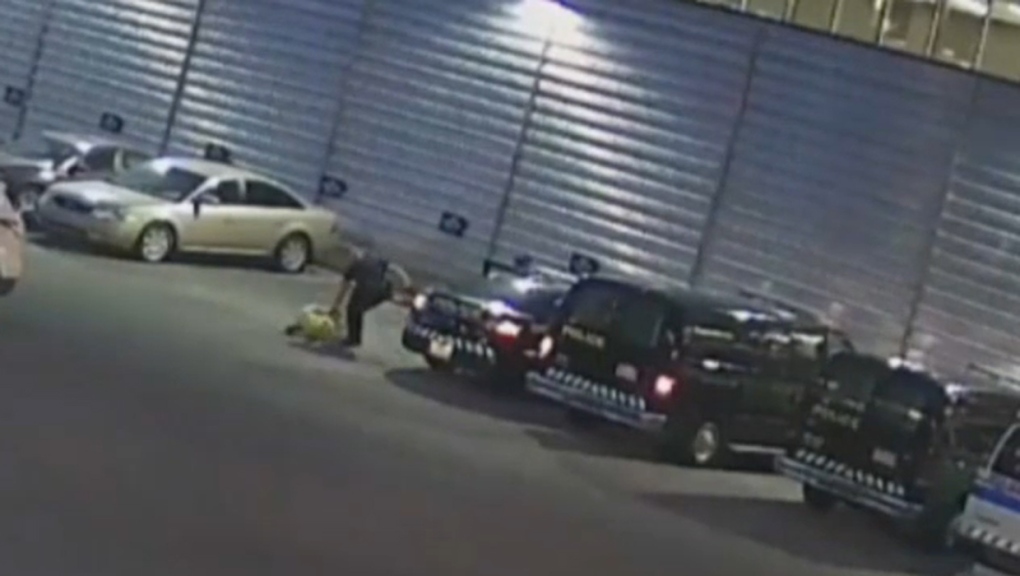 A former Calgary police officer is appealing his conviction for aggravated assault and 90-day jail sentence for body-slamming a handcuffed suspect six years ago.

Trevor Lindsay, then a constable, was convicted in May 2015 of aggravated assault against Daniel Haworth, who suffered a fractured skull and brain injury while handcuffed and thrown to the ground headfirst by the officer.

Court heard that Lindsay’s reasoning for using force was to prevent Haworth from spitting blood at him, but Justice MJ Lema noted the suspect posed no threat as he was handcuffed at the time.

Lindsay was sentenced to 90 days in jail, to be served intermittently, along with a one-year probationary period.

His appeal, filed Nov. 22, is based on several legal issues, including that the trial judge engaged "in a segmented or piecemeal analysis rather than considering the evidence as a whole."

Lindsay  resigned from the Calgary Police Service in September 2020. He was expected to begin serving his sentence on Oct. 29.

Read the appeal below: