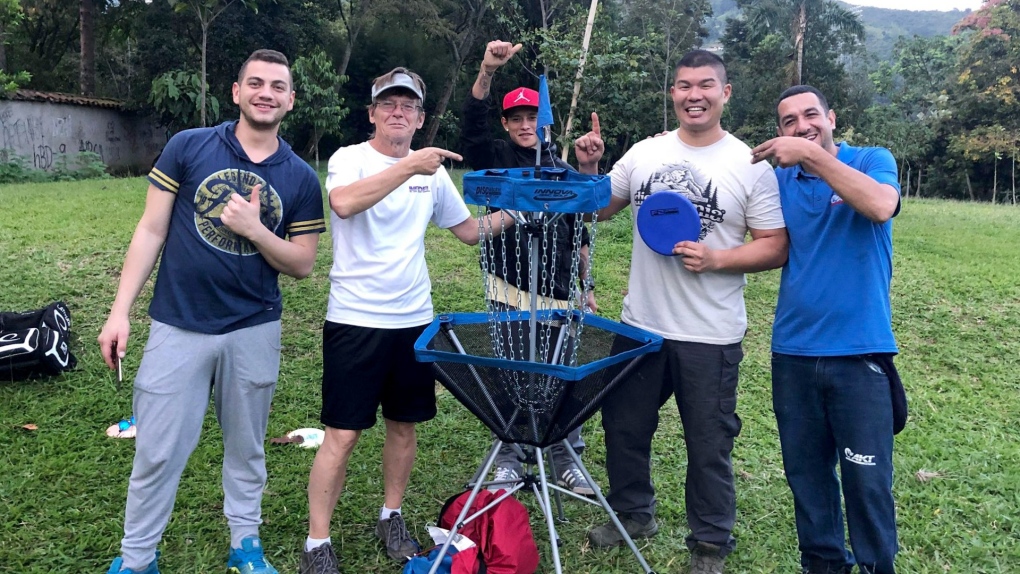 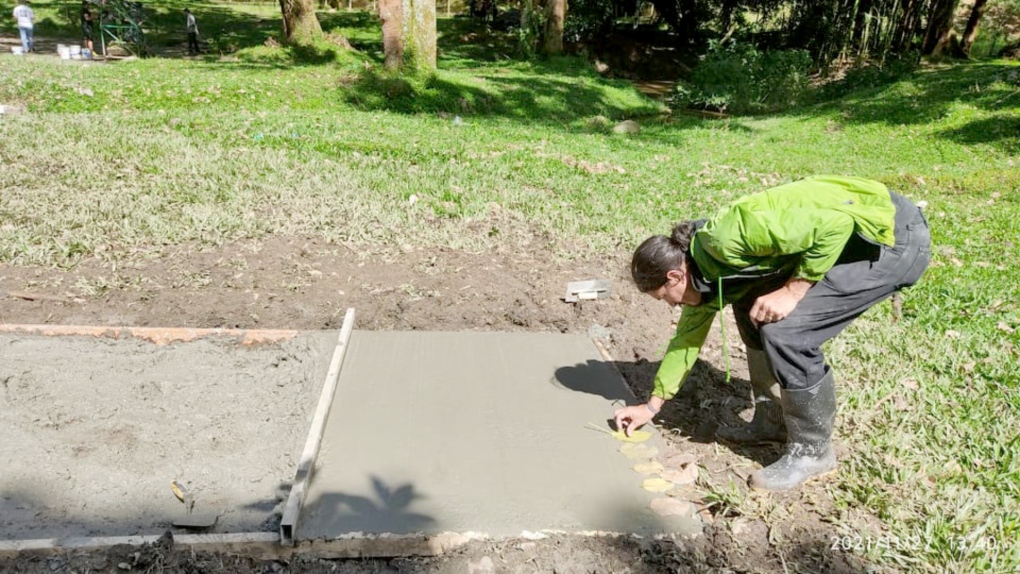 A worker builds a tee pad at a disc golf course in Colombia. (Courtesy James Koizumi) 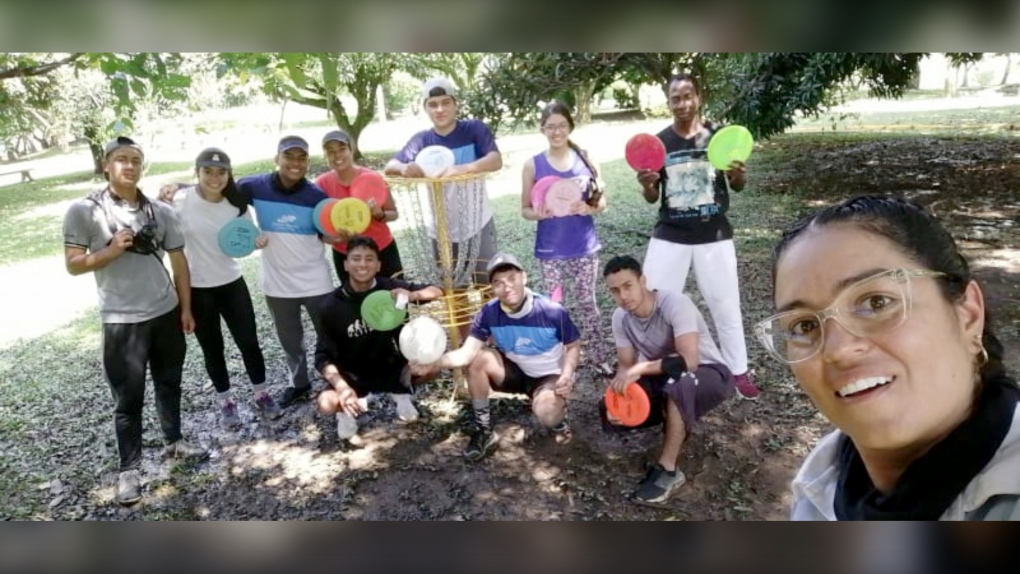