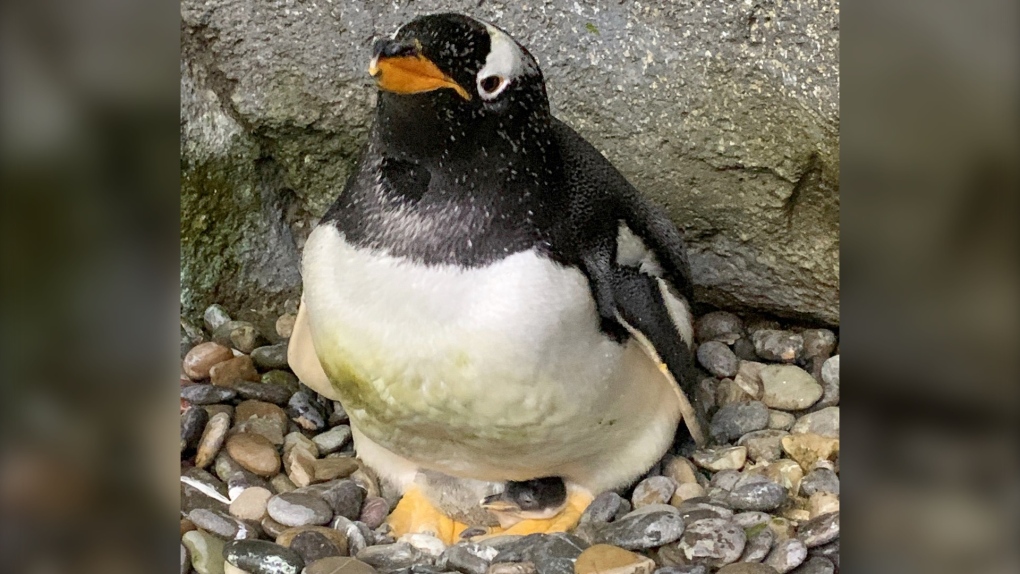 Gentoo penguin Cooper and a newly hatched chick at the Calgary Zoo.

“The hatchling appears to be doing well and we’re leaving it to mom and dad to do what they know is best.”

Georgia was hatched at the Calgary Zoo in July 2014, while Cooper, born in 2008, is a native of Omaha’s Henry Doorly Zoo.

The Calgary Zoo’s last gentoo chick, Onyx, was hatched in 2017 to parents, Akio and Una.

Male and female penguins take turns incubating their eggs, which usually lasts between 34 and 37 days.

Gentoo penguins usually mate with the same partner every year.