'Get them as quick as you can': Lethbridge tire shops warn of winter shortage 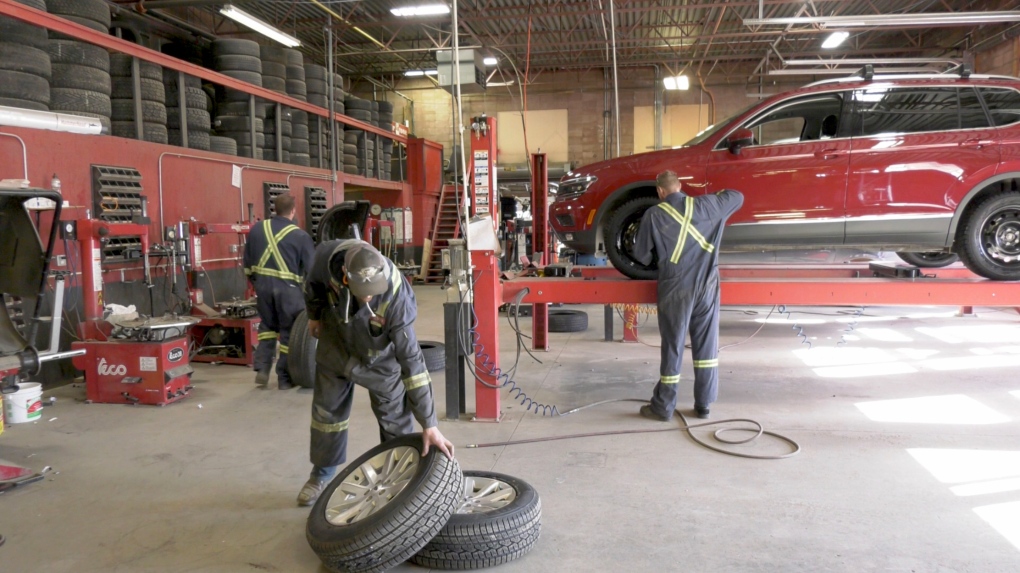 Shops in Lethbridge are warning there could be a shortage of winter tires this season due to supply chain issues.
LETHBRIDGE -

The signs of winter are growing with each passing day and soon, the roads will be covered with snow and ice, making for dangerous driving conditions.

It's right around this time of year when drivers start rolling in to tire and automotive shops to swap summer tires for safer, and more efficient winter tires.

But there may be some longer waits than usual this year due to global supply chain issues.

"Manufacturers and suppliers are saying there is going to be a shortage," said James Flanagan, general manager of Kirks Tirecraft. "We've already experienced some shortages on the less common sizes.

"We've never really experienced a big concern for a shortage. There's always a tire or two that you can't get. There's usually a replacement, but this year is definitely different than previous years."

The rush for winter tires generally picks up after the first snowfall of the year, which is expected this Friday.

For anyone hoping to get a fresh set of winter tires before the roads freeze over, waiting is not recommended this year.

"The challenge will be, for the people that wait until they need the winter tires, there's not going to be a lot available in December, or even November," said Steve Vlasco, general  manager of Elrich Tire Ltd. "Even now there are some sizes that are sold out. We do have order quantities confirmed, it's just that they need to make it here before it snows, so our fingers are crossed."

The World Trade Organization is predicting exports from Asia will be up nearly 15 per cent this year compared to pre-pandemic levels in 2019.

South of the border, the U.S. is making efforts to address the supply chain bottleneck at one of the nation's ports, the Post of Los Angeles, by expanding work hours to operate 24/7.

The ripple effect of supply issues and shipping costs is being felt in Alberta, and across the nation.

"It's more expensive to ship goods, and it takes longer. So it has affected prices. Are they double or triple? No, but you could see an average of maybe 10 to 25 per cent increases," said Vlasco.

As Canadians buckle up and prepare for what promises to be a cold and stormy winter, those in the automotive industry say winter tires should be at the top of everyone's shopping list before supply runs dry.