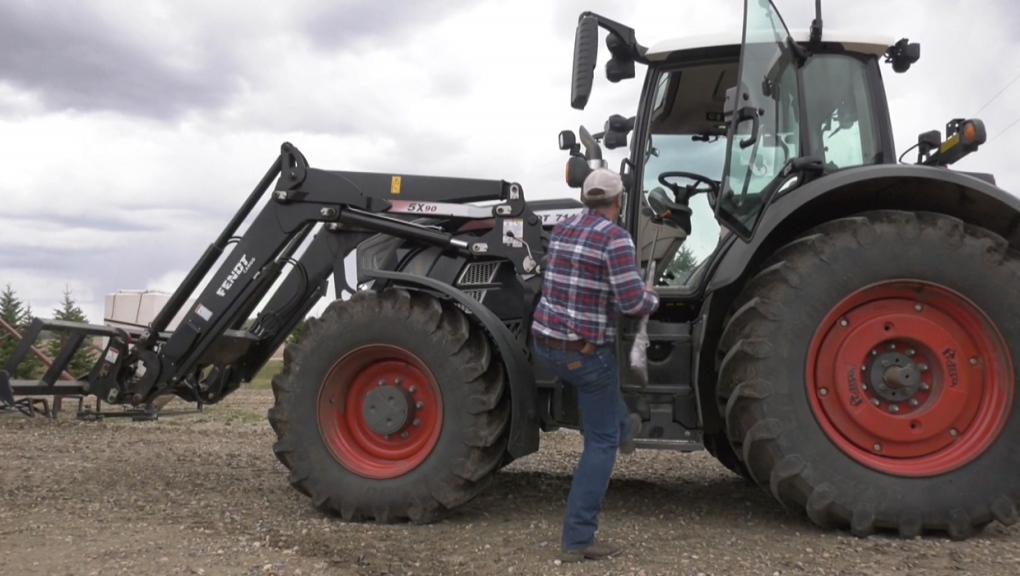 Jason Smith, an Eckville-area rancher, says his semi-automatic rifle helps him protect his bison from predators

The ban, which was announced in response to the recent Nova Scotia shooting rampage, prohibits the use or sale of hundreds of different semi-automatic rifles and some large calibre guns as well.

Jason Smith, who ranches near Eckville, says until last week’s ban he carried a semi-automatic rifle in his tractor or his truck every day to keep coyotes and other predators from eating his bison calves and deer fawns. He says it was simply the best tool for the job.

"Well it feeds your kids," explained Smith of his livelihood. "You know there isn’t enough money in farming that you can lose ten per cent of your calf crop to coyotes and predators. Every calf matters."

Each bison calf is worth about $2,000 dollars and every year he has close calls with losing them to coyotes and cougars. He says the firearm ban is too broad.

"I’m all for stopping gun violence, but my guns are not used in gun violence," said Smith. "It’s stolen weapons, it’s weapons coming across the border. We need to concentrate on the criminals, not the law-abiding citizens."

Some firearms lobbying groups say the way the new legislation is worded will ban some simple large-calibre hunting rifles because of an only partlially defined muzzle energy restriction.

Under one lawyer;s interpretation, even a 12 gauge shotgun could be considered a prohibited weapon. Public Safety Canada has said that the law does not include shotguns.

Calgary Shooting Centre owner James Bachynsky says that, beyond what he describes as sometimes vague wording, he is concerned about the confiscation of personal property. After the federal announcement, he was forced to lock more than $100,000 of inventory in a safe, unable to sell or return it.

"Most of our inventory comes out of the US and the export agreement with the United States in most cases is that they will never be re-exported," said Bachynsky.

Ottawa has allowed a two-year amnesty period, suggesting they will offer some form of compensation to affected gun owners. Bachynsky says the fact there are no specific details or timeline, and that the government will set the price, has him worried that he will simply have to eat the cost himself.

Earlier this week, the Canadian Coalition for Firearms Rights — a firearms lobby group —  launched a legal constitutional challenge of the ban.

Another group, the National Firearms Association, says its lawyers are preparing their own lawsuit.

While most of the list of banned firearms were already legally restricted and had to be registered with the RCMP, the list also includes some guns that could be bought over the counter with a standard Possession and Acquisition Licence. There is no record of how many of these types of guns are in private hands, or who owns them.

Some of the banned items included fibreglass tubes used to launch military rockets that were widely available at military surplus stores for years. They are useless as weapons without access to the rockets, which have always been illegal.