Have you lost an axe? High River RCMP seek owner of Viking weapon 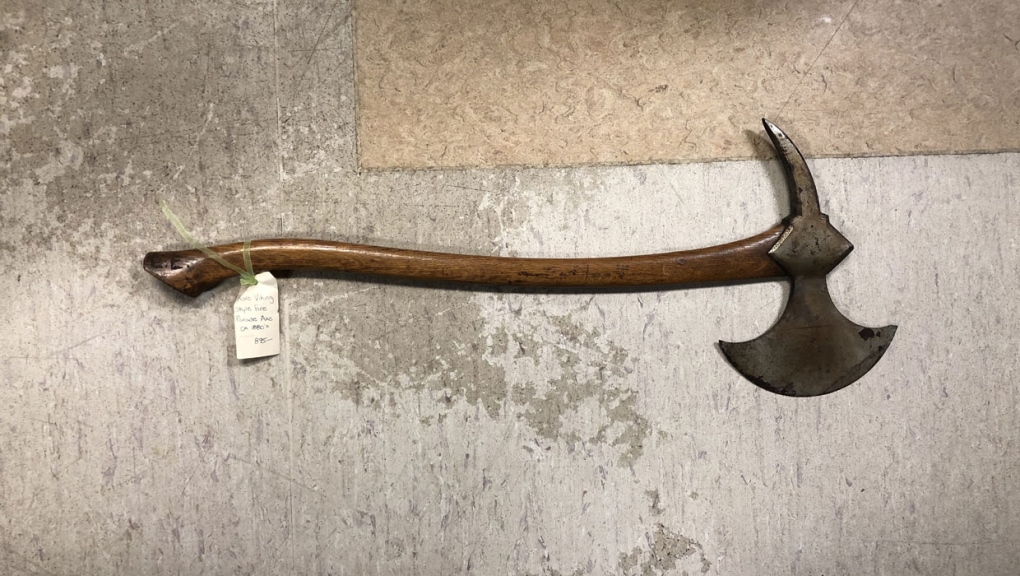 The weapon, believed to be a replica Viking axe, was found in the bushes behind Eagleview Estates on April 28. (Supplied)

HIGH RIVER, ALTA. -- If you know someone who owns a longboat, High River RCMP might have found another one of their possessions.

Police in High River, Alta. are hoping someone might know something about a unique weapon that was found in the bushes late last month.

Officials say a resident notified them on April 28 after they found an axe lying in the bushes behind Eagleview Estates, a community in the town's north end.

Since it was recovered, police have attempted to locate the owner, but have not been successful so far.

The axe is described as a replica Viking axe, but does bear two tags/stickers that the rightful owner would likely be able to identify.