How the City of Calgary is commemorating Orange Shirt Day 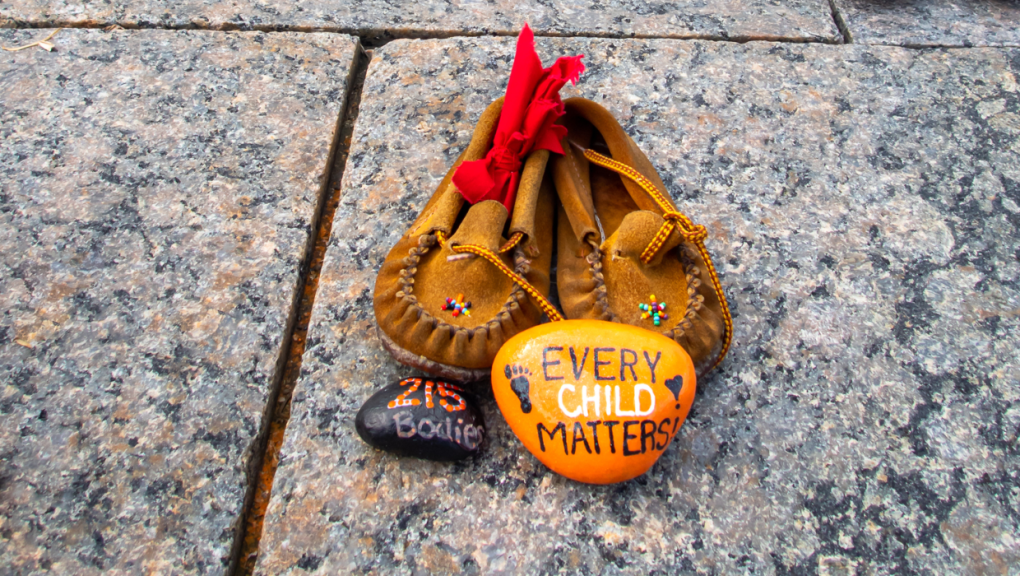 The City of Calgary will be commemorating Orange Shirt Day on Thursday with an outdoor ceremony at Fort Calgary.

This year, not only is Sept. 30 Orange Shirt Day, it's also a federal statutory holiday: the National Day for Truth and Reconciliation.

In a news release, the city said it will consider Sept. 30 a statutory holiday for all of its employees going forward.

"Orange Shirt Day encourages everyone to commemorate the residential school experience, to witness and honour the healing journey of the survivors and their families, and to commit to the ongoing process of reconciliation," the city said.

To ensure the health and safety of Calgarians during the COVID-19 pandemic, instead of inviting people to attend the city's Orange Shirt Day ceremony in person, it will be streamed live on Calgary.ca starting at noon.

"The ground that Fort Calgary is located on has been called Mohkinsstsis by the Blackfoot; Wîchîspa by the Nakoda; Guts’ists’i by Tsuut’ina; and Otoskwunee by the Metis. This place was also the birthplace of Calgary but has been referred to by those names for much, much longer than Calgary has been in existence," the news release explained.

The ceremony will include remarks from Mayor Naheed Nenshi, a Siksika elder, an Indigenous Canadian army veteran, experts on generational trauma and members of the city’s Indigenous Relations Office.

“On Orange Shirt Day, it is important we remember not only the children who were taken from our community, but also the intergenerational impacts that residential schools have on families today,” Terry Poucette, team lead for the Indigenous Relations Office, said.

In addition to its Orange Shirt Day ceremony, the City of Calgary is recognizing the National Day for Truth and Reconciliation with the addition of orange ribbon decals to all city vehicles.