Having to walk up and down dozens of flights of stairs in the darkness, with no heat, water or electricity is certainly not the way hundreds of Calgarians imagined spending their Christmas Eve.

A pipe burst on Tuesday in the parkade area of the Westview Heights apartment building in the 800 block of Eighth Avenue S.W., which shut down access to elevators in the 41-floor building.

There are 297 residential units from floors 12 to 41 – all of which also lost heat, water and electricity late Wednesday evening due to flooding. Building management said heat and electricity had been restored at 5 p.m. Friday.

“The first 15 floors are completely soaked with water with four feet of water in the basement, so that’s been exhausting going up and down the stairs,” said Derek Lester who lives on the 39th floor on Friday morning.

“There’s no lights to see in the stairwells and the parking garage has two inches of ice, wall to wall, so since 11 p.m. last night we have been without heat or water and no one is telling us anything.”

Don Habib, the leasing manager for Mayflower Ventures, says his team worked around the clock to restore power to more than 300 residents living in the building.

He confirmed to CTV News the frozen pipe was fixed but there were still electrical issues.

“We have a semi that's coming down with a generator and we just took up some batteries to our generators on the roof, so we're getting everything in line and we're working together to get this problem solved,” Habib said.

“We've aligned with the Sandman hotel and we have rooms available over there for our tenants to go to right now. We also have four other hotels that work with the Sandman if need be so we're doing everything we can to make sure our attendants are comfortable.” 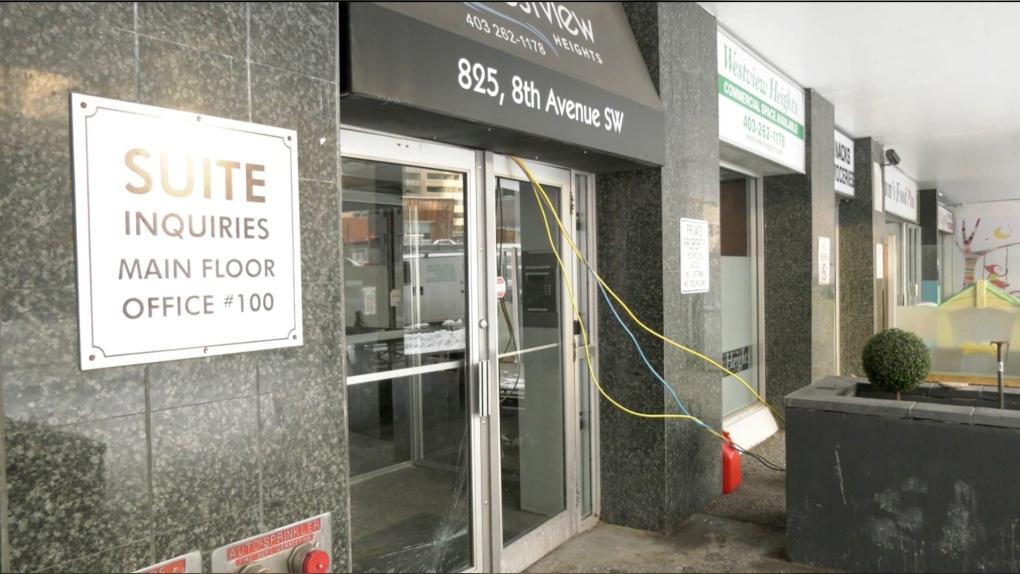 Hundreds of residents at a downtown Calgary apartment building have been left without heat, hot water and electricity.

The situation was especially difficult for people like Lawrence Tarrant, who lives in a unit with his elderly mother and takes care of her.

“My mother is on oxygen, an air concentrator that supplies oxygen while she’s sleeping or moving around but she also uses cylinder air tanks but when it’s cold they don’t last long,” he said.

Tarrant says he’s grateful for the help of property management along with the Calgary Fire Department which has aided in the assistance of getting residents to more comfortable locations.

Some residents had no choice but to stay put for the holidays and wait for utilities to be fixed.

That’s the case for Annalae Biclar, who has to climb up and down 35 floors a few times each day just to take her two dogs out for walks.

“We are so sore right now and these are just young dogs, so they're tough to deal with,” she said 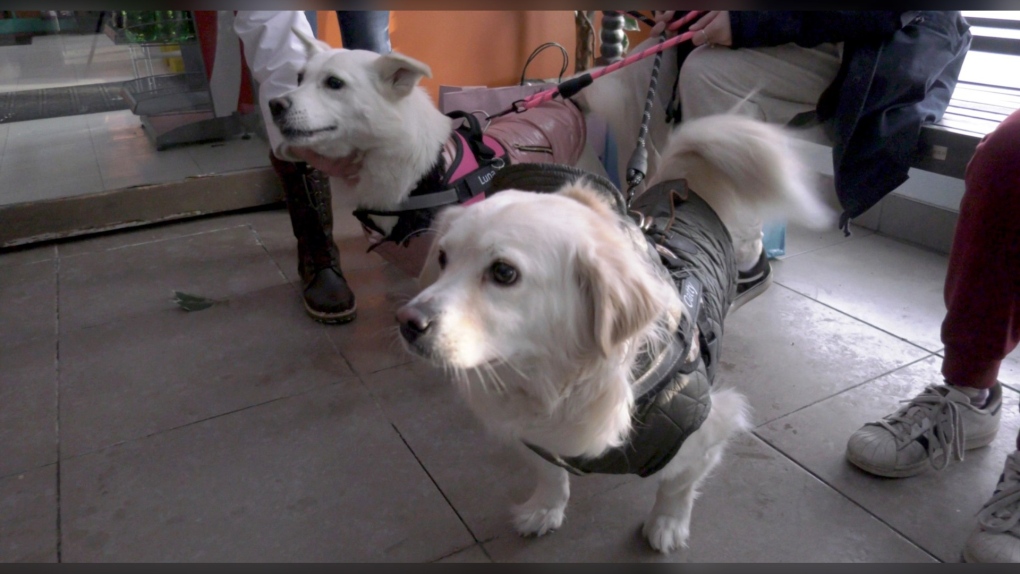 Annalae Biclar has to climb up and down 35 floors a few times each day just to take her two dogs out for walks.

Raval immigrated to Canada from India just three months ago and was surprised by the effects of Calgary’s extreme cold weather.

“They’re telling us the elevators might not work for a couple days still and climbing 13 floors to my room is difficult. Back in India it was 46 C when I left and now with this cold and without heat or utilities it’s hard to survive.”

Efforts were underway Tuesday to rescue the last of the defenders inside the Azovstal steel plant in the ruined city of Mariupol after Ukrainian officials said the fighters had 'completed their mission' and there was no way to free the plant by military means.

The Ukrainian government says Russia has shelled more than 1,000 schools, destroying 95. Intentionally attacking schools and other civilian infrastructure is a war crime. Experts say wide-scale wreckage can be used as evidence of Russian intent, and to refute claims that schools were simply collateral damage.