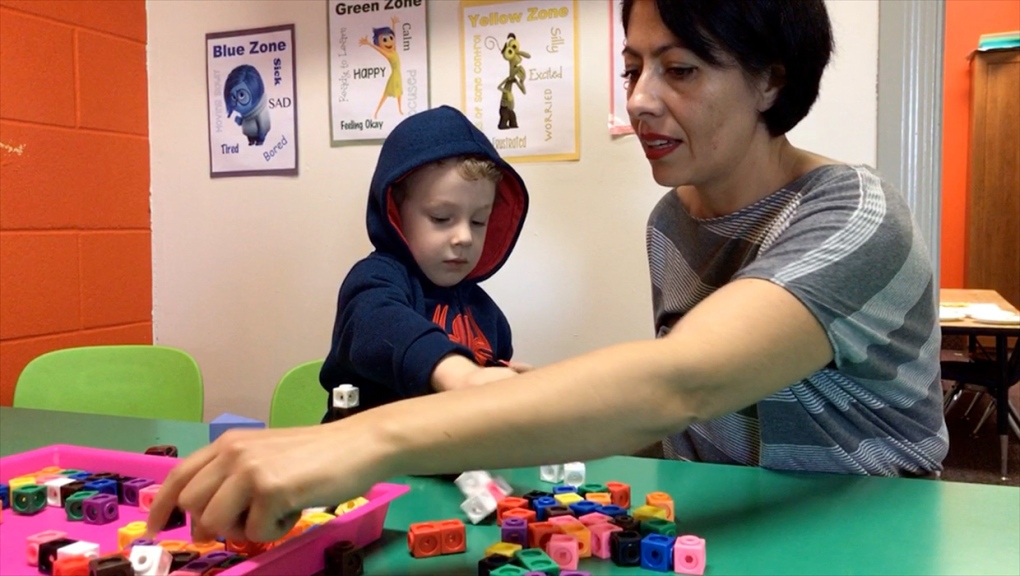 A pair of subsidies that help parents enroll their children in preschool and childcare programs have been cancelled, leaving many Calgary parents devastated

CALGARY -- Parents who relied on specific government subsidies to enroll their children in preschool and childcare programs say they will be scrambling to find solutions in the new year.

That's because the Kin Care and the Stay-at-Home subsidies have been eliminated, effective January 1, 2020, under Alberta Budget 2019.

“We were devastated," said Shona Robinson. Her second-born daughter is enrolled in preschool under the subsidy.

“We were like, 'oh no, now we have to re-budget, we have to plan our finances more', because we don’t want to take it away from her."

The Stay-at-Home Subsidy is a grant available to families with one parent at home working or studying for less than 20 hours a week, which provides $1,200 in an academic year (Sept - June) directly to the preschool to offset costs.

Many parents were recently approved for the entire year — and have only just received government letters in November.

“For them to pull the subsidy from us, it's almost like they are taking advantage of people that need it the most,” said Andrea Reid, mother of four-year-old Sienna, who is enrolled in preschool.

Preschool operators may have several children in their program affected, and some have vowed to take the hit financially to keep enrolments through to spring.

“We’re going to just keep fighting because they can’t do this to the families, they just can’t. Education is just so important,” said Rosangela De Vincenzo, owner of Learn and Play Preschool in Beddington Heights.

“I feel like they are not taking a child’s education seriously. They’re like, we’re just going to cut it. It’s just not right.”

The Kin Care subsidy which allows a family to pay a relative for early age childcare is also being eliminated.

In a statement, the Alberta Minister of Children’s Services offices says its focusing child care subsidies to assist low-income families entering the workforce or attending school.

It says the Stay-At-Home subsidy was being used by less than one per cent of Alberta parents.

The province is making other changes to the way parents and caregivers can access funding and subsidies, which is causing confusion.

The government says it actually added $13.4 million more in funding to child care subsidies in its latest budget.