Large hole shuts down traffic on 11 Street in southwest Calgary

Large hole shuts down traffic on 11 Street in southwest Calgary 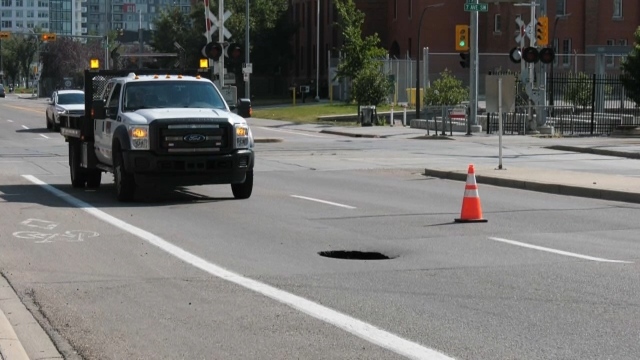 A large hole has opened up on 11 Street S.W. between sixth and seventh avenues.

At around 4:30 p.m., the Calgary Fire Department was called to the area where a two-foot by one-foot hole had opened up in the north bound curb lane.

Calgary Roads blocked off the area and is diverting traffic until they can find the underlying cause of the hole.