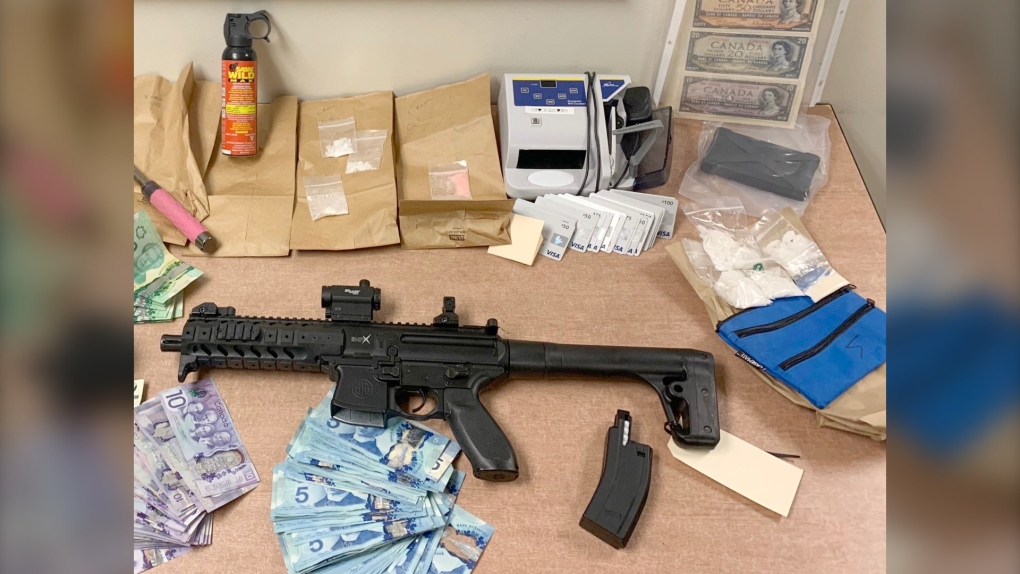 Some of the weapons, drugs and cash seized by police in Lethbridge. (Courtesy Lethbridge police)

LETHBRIDGE -- Even during a global pandemic, policing has to continue.

A Lethbridge couple is facing drug and weapons charges after search warrants were executed at a home and detached garages in the southern Alberta city.

Police said in a release the searches resulted in the seizure of:

Nicholas Stephen Galbraith, 33, of Lethbridge, is charged with:

Hope Victoria Ann Pogue, 23, of Lethbridge, is charged with:

Both were released with conditions and are scheduled to appear in court June 11.