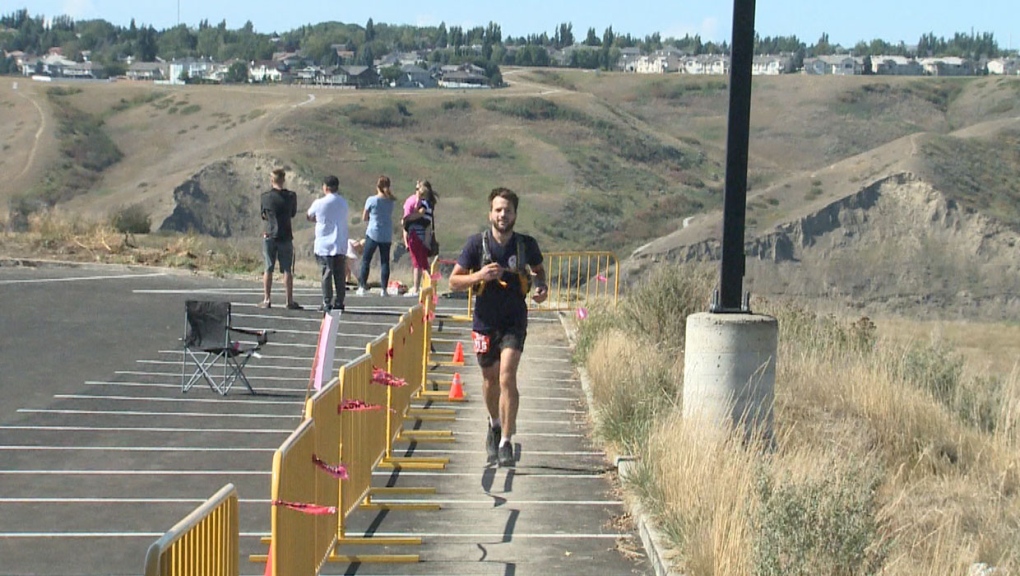 Ultra runners in Lethbridge wrapped up some long races on Saturday for the Lost Soul Ultra Marathon.

Hundreds of marathoners are easing their weary muscles after a big race in Lethbridge wrapped up on Saturday.

The Lost Soul Ultra Marathon, which began on Friday morning, features a 50, 100 and 200 km race and pits the devoted ultra runners against the elements, the terrain and even their own limits.

The 54 km course has an elevation gain or loss of 1,200 m and has 16 significant hills for the racers to overcome.

Despite the difficult challenge, many of the participants say they welcome it.

50 km winner Michael Moore says it’s just great to be a part of the event.

"I don't win many races, and I get the same enjoyment from just being part of the race. When you win one, it always makes it a little bit nicer."

The race is also the qualifier for the Western States 100 mile Endurance Run, which takes place in Squaw Valley, California on the last weekend of June.