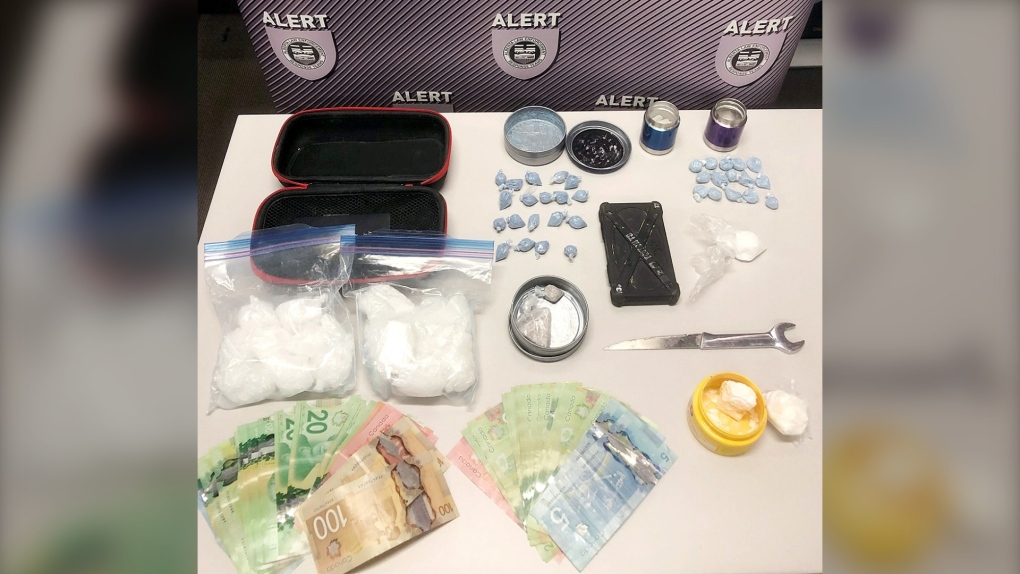 CALGARY -- Following a two-month investigation, police in Medicine Hat made one of the largest ever seizures of carfentanil in that city.

Two men are now facing charges and a warrant has been issued for a woman.

Launched in November 2019, the investigation concluded with a traffic stop on Sunday between Medicine Hat and Redcliff.

Two men inside the vehicle were arrested, who police believe are part of a drug trafficking group operating in Medicine Hat, with ties to Calgary.

Police also seized drugs and cash from the vehicle, worth an estimated $68,300, including:

“While we’re still waiting on lab results to confirm exactly what’s in the drugs that were seized, the possibility of carfentanil being present in Medicine Hat poses a serious risk to the safety of the community.”

Ryan Porter, 44, of Calgary, is facing 22 charges, including:

Tristan Skappak, 29, of no fixed address, is facing three counts of possession of a controlled substance for the purpose of trafficking.

A warrant was also issued for a 36-year-old woman, however ALERT is not releasing her name as the charges have not been sworn against her.

Anyone who suspects drug or gang activity in their community is asked to call local police, or Crime Stoppers at 1-800-222-8477.