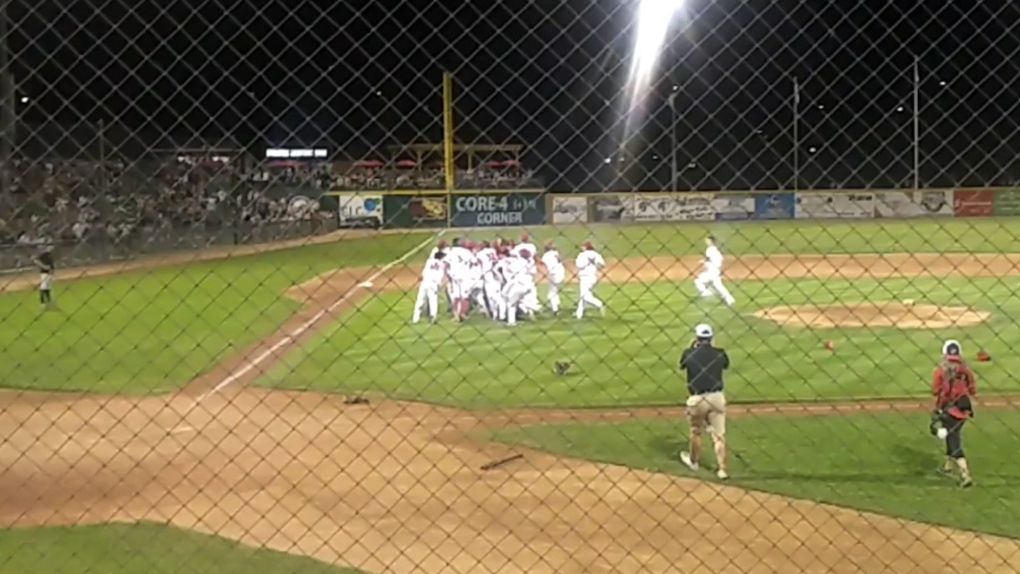 The Okotoks Dawgs storm the field as 2022 WCBL champions after being the Moose Jaw Express 4-1 Thursday night. (supplied)

The Okotoks Dawgs are Western Canadian Baseball League champions after beating the Moose Jaw Express 4-1 at home Thursday night in a do-or-die third game of the championship series.

The title is the franchise's sixth in its 26-year history and its first since 2019.

The Express didn't go down without a fight. After the Dawgs took Game 1 of the best-of-three series with a dominant 12-3 win Tuesday night, the Express forced a third and deciding game with a bounce back 3-1 victory on Wednesday.

Infielder Alex Stufft, who also plays for Bellevue University, led the Dawgs offensive output in Game 3 going 2-for-2 at the plate and batting in two runs.

More than 5,000 fans took in the game at Seaman Stadium.

The quest for 6 is complete
🏆🏆🏆🏆🏆🏆 pic.twitter.com/eaxAkzm8jz