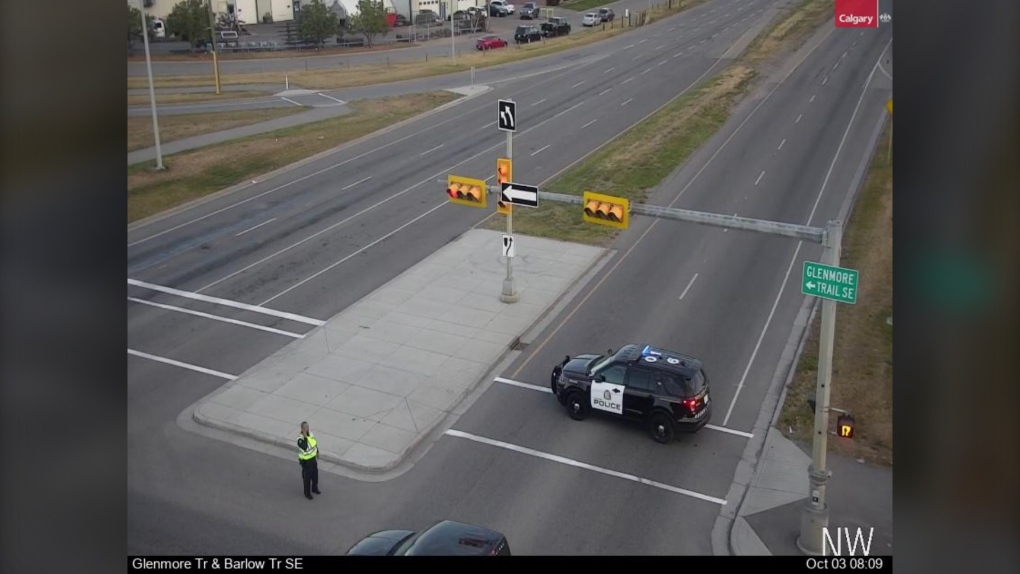 A section of Barlow Trail was closed to traffic following Monday morning's crash that sent a motorcyclist to hospital. (Twitter/@YYCTransport)

An investigation is underway into a Monday morning crash involving a car and a motorcycle that sent one person to hospital.

The collision occurred shortly after 7 a.m. at the intersection of Barlow Trail and 76th Avenue S.E. in the Foothills Industrial Park.

Calgary Police Service officials confirmed the motorcyclist, a man in his 20s, suffered a broken leg and arm in the crash and was taken to hospital in non-life-threatening condition.

There have been no reports of injury to the driver of the car.

Barlow Trail was closed in both directions between 72nd Avenue and 76th Avenue following the incident but it has since reopened.

Police continue to investigate and say that neither speed nor alcohol are factors in the crash.

Four men are facing dozens of charges after a years-long drug-trafficking investigation that police say disrupted the expansion of the Hells Angels motorcycle gang on Vancouver Island.

Poland's culture authorities said Thursday a painting by Wassily Kandinsky that was auctioned in Germany for almost 390,000 euros belongs to Poland, where it was stolen in 1984.