Five people are facing charges after a pair of Calgary drug busts in which police seized nearly $3 million in methamphetamine and fentanyl.

ALERT says one of the handguns was with a prohibited over-capacity magazine.

Three people were arrested during Operation Cairo, including:

All three are facing multiple drug and firearms-related charges. 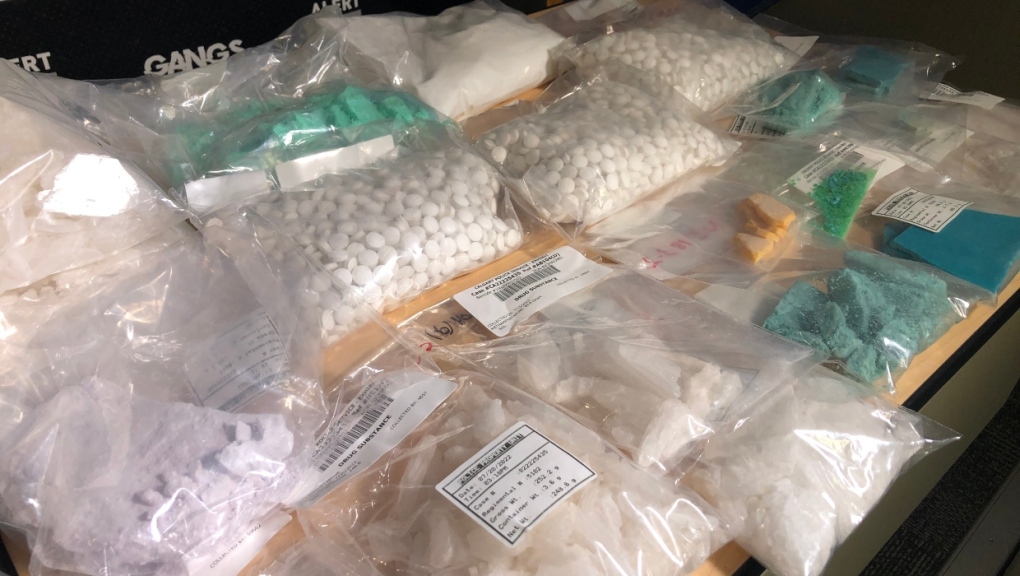 ALERT says the Nissan was outfitted with a hidden hydraulic compartment where a handgun was located.

Two people were arrested during Operation Crucible, including:

ALERT says the meth seizures both rank as some of the organization’s largest.

"In 2021-22, ALERT teams from across the province combined to seize 71.5 kilograms of meth, while seizing 38.2 kilograms the year prior," read a Thursday news release. 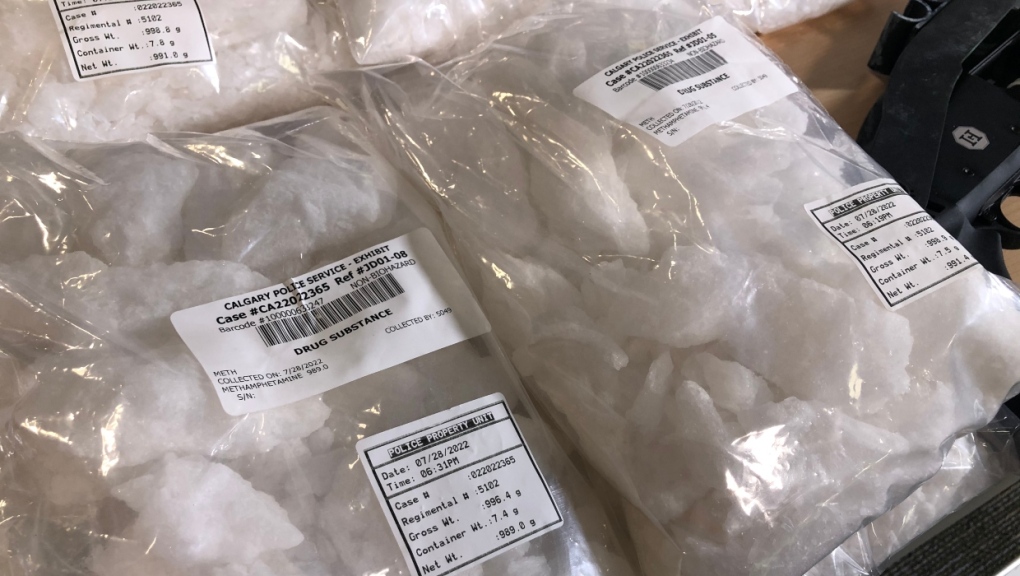 The Alberta Law Enforcement Response Teams (ALERT) displays items seized during called Operation Cairo and Operation Crucible, which took place in July 2022.
Members of the public who suspect drug or gang activity in their community can call police or contact Crime Stoppers anonymously.