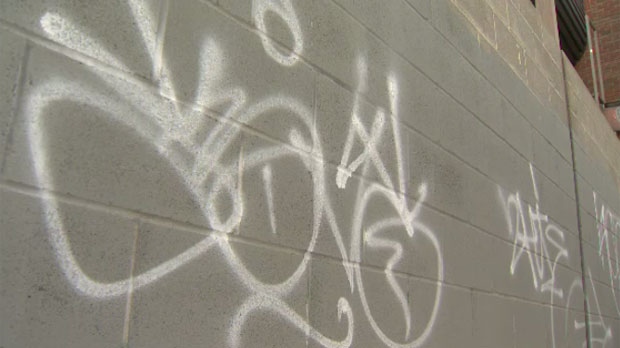 A new pilot program aimed at getting troubled youth to express themselves through productive art rather than graffiti is set to start in early June.

A new program, in partnership with the Boys and Girls Club of Calgary and the Calgary Police Service, is taking aim at graffiti crime in Calgary.

Funded through the City of Calgary and the CPS, the Up the Wall program focuses on youth aged 12 to 17 who’ve already been charged or have charges pending against them for graffiti related offences, setting them up with opportunities to explore the arts in other ways.

The pilot project will engage youth through case management and address the root causes to graffiti crime.

"We can see them at school, we can see them in the community and that's where we'll look to join them, certainly though we can work with the courts and we do. We have a relationship in 'Up the Wall' with the courts, so it could be mandated, but we're looking for the best success when we get them before they're charged,” said Supt. Richard Hinse.

Youth involved in the program will have the opportunity to explore social justice, the history of graffiti, youth voice, and positive civic engagement through art.

The program, which will be offered three times a year, will run for six hours a week for 12 weeks, beginning in early June.

The sessions will be open to 10 to 12 participants each.

The project will run for up to two years where it will then be up for re-evaluation.