It’s considered one of the most littered items in the entire world and now the City of Calgary is hoping to do something about it.

Hundreds of thousands of cigarette butts line city streets, which has prompted the launch of a new campaign to clean it up.

Dubbed  ‘This is Not an Ashtray,’ the campaign will run from Aug. 27 to Sept. 10 as part of an effort to encourage smokers to responsibly dispose of their cigarette litter.

As a result, the city is handing out 6,000 re-usable pocket ashtrays with the message, ‘No ifs, ands or butts.’

“It fits in your pocket or purse, you own it to put in your cigarette butt and then you can close it up,” said City of Calgary business strategist, Barb Doyscher.

“It extinguishes it and holds in all the odours and then you can empty it and rinse it out when you get home to use it over and over again.”

The campaign also hopes to get the attention of Calgarians through social media, using the hashtag #ButtFreeYYC.

There will also be walking billboards and ad trucks combing downtown and other entertainment areas. 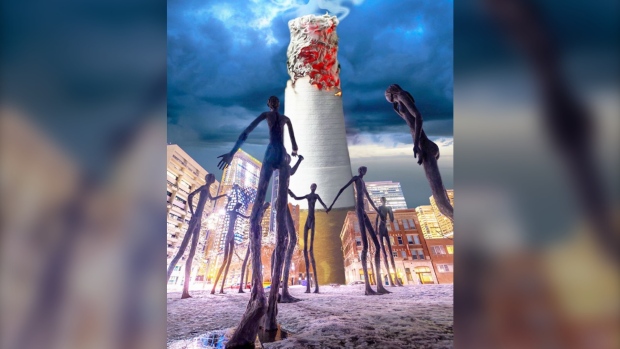 The city says cigarette butts are notoriously found throughout the downtown core, most notably on Stephen Avenue and near Olympics Plaza. Meanwhile, other problem areas include Victoria Park and 17th Avenue S.W.

Doycher says cigarette butts are an eyesore and also harmful to the environment because they can take up to 12 years to break down.

“We find that cigarettes are harmful because the filters are made of plastic and they never fully disintegrate,” she said.

“You wouldn’t walk down the street and throw your coffee cup in the gutter, so why would you do it with your cigarette waste?”

Littering, including cigarette butts, is prohibited under both the Streets Bylaw and the Parks and Pathways Bylaw.

Some issues linked with cigarette litter, according to a city website, include:

Problem areas can also be reported to 311.