Oilpatch keeping the lid on spending amid record setting output 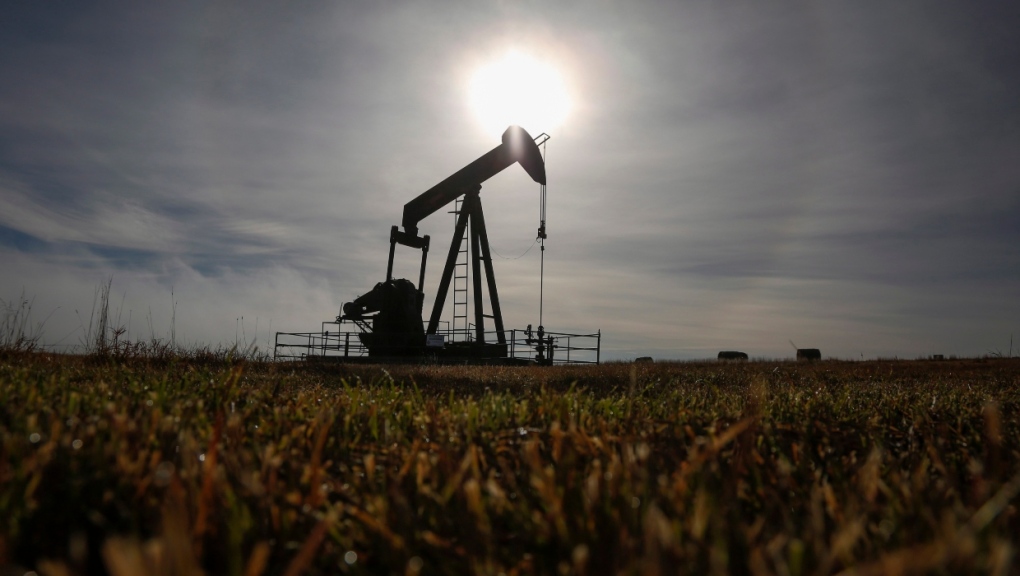 A pumpjack works at a well head on an oil and gas installation near Cremona, Alta., on Saturday, Oct. 29, 2016. (THE CANADIAN PRESS/Jeff McIntosh)

Canadian oil and gas companies have been hesitant to loosen the purse strings in spite of this fall's commodity price boom, and the arrival of the new Omicron COVID-19 variant may help to explain why.

Benchmark West Texas Intermediate crude closed at US$65.67 on Wednesday, more than 20 per cent lower than in early November prior to the arrival of the new strain of the virus. Last Friday, as news of Omicron began to spread around the globe, fears that the variant would affect economic recovery from the pandemic prompted a broad-based sell-off on the markets, with energy stocks taking the brunt of the beating.

It was a reminder of just how much uncertainty there still is in the Canadian oilpatch, and why companies are being cautious in spite of impressive recent profits as oil prices this fall spiked to levels not seen in seven years.

According to Statistics Canada, Alberta oil production in October was 119 million barrels, an all-time monthly record.

At the same time, however, Statistics Canada says oil and gas capital spending over the first three quarters of 2021 was CDN$8.5 billion, still 32 per cent below the same period during 2019 pre-pandemic.

The industry also spent less than a third of what it did during the same period of 2014. That year, capital investment in the Canadian oilpatch hit an all-time record high of CDN$81 billion.

"We're not expecting it to go back to 2014 levels, when it broke all records,'' said Rob Roach, deputy chief economist for ATB Financial.

Roach said a number of factors are helping to keep the lid on capital spending, not least of which are ongoing concerns about the trajectory of the pandemic and its impact on oil prices. In addition, he said the industry has other things to worry about, including current and future pipeline capacity and transportation restraints as well as the risk that OPEC+ could change course and once again flood the market with oil.

The threat of climate change, and the risk that government policy could limit future production and demand, is also a factor, Roach said.

Amid such uncertainty, Roach said, it's not surprising that we're not seeing a boom in new projects and hiring. Even if the price of oil skyrockets next year – some analysts have suggested global oil prices could go as high as US$120 next summer – it's unlikely the boom-time sentiment of 2014 is going to return.

"Even if we got those prices, we would still face the same limitations,'' Roach said. ``How long will it last, will OPEC change its mind on a dime and down goes the price, and what do we do long-term about climate change?''

Instead of spending, many Canadian oil and gas producers have spent much of the last year paying down debt, said Wood Mackenzie analyst Scott Norlin. And after being forced to slash dividends in 2020, companies have also taken advantage of this year's high prices to return value back to shareholders. (Suncor Energy Inc. and Cenovus Energy Inc. are among the companies that doubled their dividend recently.)

Norlin said he thinks industry spending will increase in 2022, as companies hit their debt targets and start reallocating capital to new projects. But he projects that total spending for 2022 will still only come in around the CDN$31-billion range.

"Not to say there's not going to be growth, but I don't think there's going to be those massive, massive growth rates,'' Norlin said.

"With rising prices, there's always that knee-jerk reaction to bring rigs on and try to drill as much as you can, but operators have done a really good job (this year) of staying disciplined. Especially in Canada, they've sort of learned to live within cash flow."

The Canadian Association of Energy Contractors said last week it is expecting 6,457 oil and gas wells to be drilled in 2022, a more than 25 per cent increase from 2021 and a return to pre-pandemic levels.

This report by The Canadian Press was first published Dec. 2, 2021