CALGARY -- Family of a Chestermere, Alta. woman who is missing and presumed dead have issued a statement in hopes of generating new tips that will lead to the discovery of her remains.

Vida Smith, 69, travelled to Calgary from Chestermere to visit a friend on July 21. She was reported missing after she failed to return home and missed a medical appointment later in the week.

Kevin Barton, 60, of Calgary — who is also known as Chris Lee — has been arrested and charged with one count of manslaughter.

"Tuesday, Aug. 11 marks three weeks since I've seen my mom ... You never know when you're going to see someone for the last time," read the statement.

"Vida Smith is more than just a missing person or a victim ... She's a beautiful human being, she's a friend, a mother and a grandmother. She loved her grandchildren more than anything in this world. Vida is so missed and forever loved by her friends and family."

The statement says the family is "beyond devastated and our hearts are broken knowing that we'll never see her again."

"Even though we are seeking privacy during this unimaginable time, we are asking for the public's help ... If you saw something or if you know something, please come forward," reads the statement.

"Our mom deserves dignity and respect. We just want to find her and bring her home so she can rest In peace."

Police have also released a photo of Barton's beige Cadillac Escalade, which investigators believe was driven from Calgary to Edmonton on July 22 where he went to a Best Buy store in the 13000 block of 137th Avenue N.W. 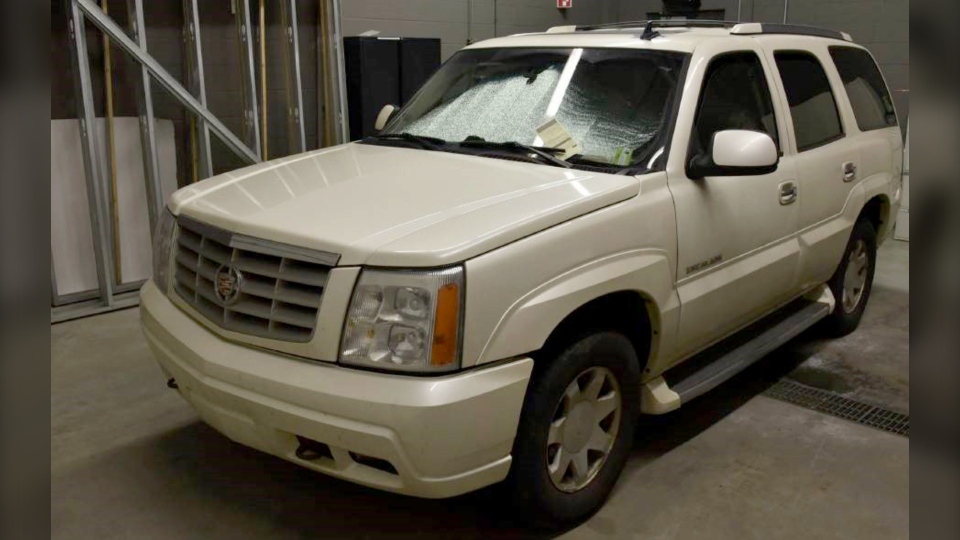 Anyone who saw the vehicle in either city or on the highway is asked to contact the Calgary police non-emergency number at 403-266-1234.

"Though we have laid charges, our investigation is not over," said Staff Sgt. Martin Schiavetta of the CPS homicide unit.

"We remain focussed on locating Vida's remains so we can help bring some sense of peace to her family".

Investigators would also like to speak with anyone who witnessed any suspicious activity in a parking lot on the west side of the Sunridge ATB at 2555 32 St. N.E., on July 21.