‘Perplexed but not crushed’: Fire erupts at Bonavista Church

‘Perplexed but not crushed’: Fire erupts at Bonavista Church

The Calgary Fire Department is asking for anyone with photos or video of an early-morning fire in Bonavista Downs to reach out to them.

Firefighters were called to Bonavista Church on Lake Ontario Dr. S.E. at around 3:20 a.m. on Friday to find smoke and flames pouring out of the building.

More than a dozen emergency vehicles, including Calgary police and Emergency Medical Services, attended the scene.

No one was injured in the blaze but one firefighter was assessed on scene by paramedics for heat exhaustion.

"We have our investigators trying to make a determination of what the cause was," said Battalion Chief Keith Stahl.

"There were no initial obvious signs of any cause for the fire, so we will have investigators here probably for the majority of the morning trying to make a determination."

Stahl added, given the nature of the building with its high ceilings, the fire department brought in more than 20 pieces of equipment.

Firefighters were able to extinguish the flames before things got out of control, and officials say the brunt of the damage was limited to the inside of the building.

Witnesses say they saw thick black smoke coming from both the north and south side of the building earlier this morning.

Once the fire was under control, fire crews shifted their focus to clearing the structure of any lingering smoke. 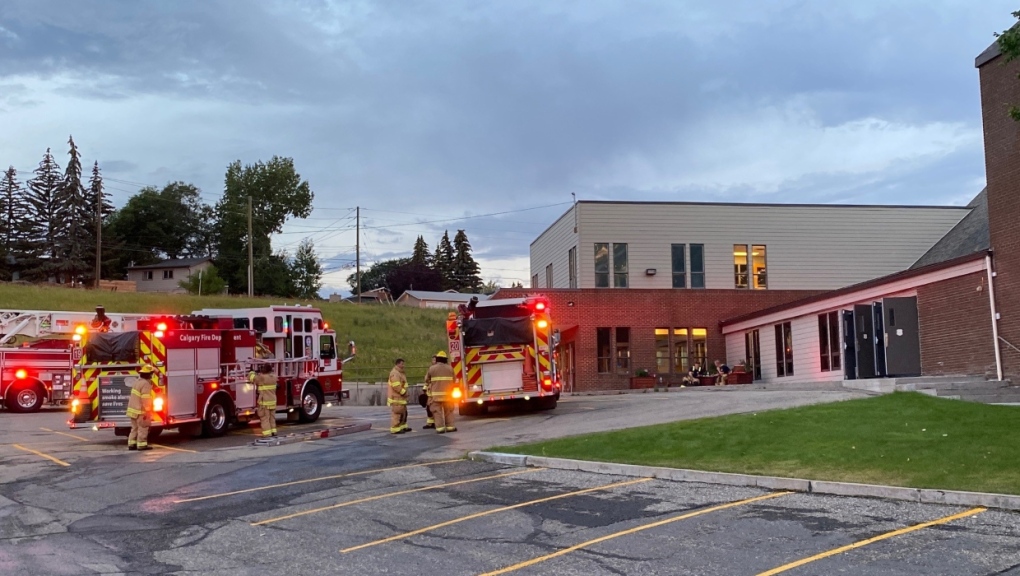 Calgary firefighters were called to the Bonavista Church on Lake Ontario Dr. S.E. at around 3:20 a.m. on Friday, Aug. 12, 2022.
A Friday news release from the fire department said damage to the assembly area of the building was “extensive” from both heat and smoke.

For people with the church, they say the most important thing is that nobody was hurt.

"We'll talk to people who know how to repair and rebuild, and we'll make those plans to move ahead."

Estabrooks added the church will be in contact with the congregation to discuss how the church plans to move forward.

Anyone with photos or video of the fire, especially prior to firefighters arriving on scene, is asked to email them to piofire@calgary.ca.