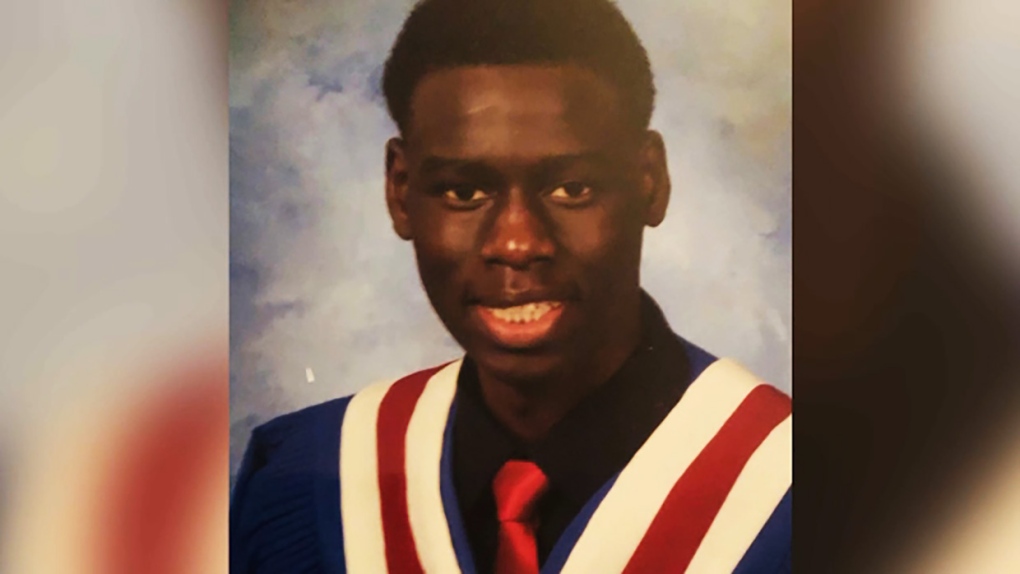 Police identified Manyiel Deng Kiir, 20, of Calgary as the injured man who was dropped at Peter Lougheed Centre Saturday morning at 4:30 a.m. Kiir died of his injuries.
CALGARY -

Calgary police released the name of a man who died after being dropped off at Peter Lougheed Centre on the weekend.

That took place at around 4:30 a.m. Saturday morning, when an injured man in his 20s was dropped off at the emergency entrance to the Lougheed Centre.

Police believe the injuries were sustained in a confrontation that took place around an hour earlier in the morning at a Highland Park address located in the 100 block of 42 Street N.E.

Following an autopsy, the victim was identified as 20-year-old Manyiel Deng Kiir of Calgary.

"Our investigators have been working tirelessly since Saturday to identify a potential suspect," said Sgt. Colin Chisolm of the Calgary Police Service Homicide Unit. "We are still in the process of examining all evidence, including CCTV that has been collected."

Anyone with information is asked to contact Calgary police at 403-266-1234. Anonymous tipsters can contact Crime Stoppers at 1-800-222-8477, online or by using the P3 Tips app available at Apple or the Google Play Store.