Powerhouses in women's footy to compete in Calgary 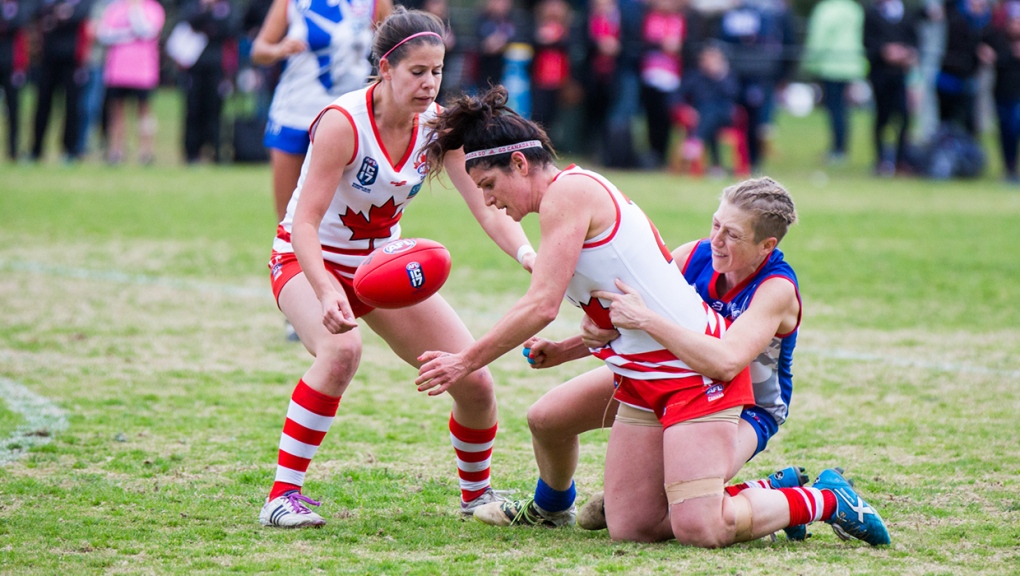 Some of Canada's best Australian rules football players are in Calgary this weekend. (AFL Canada)

Fifty of the country’s best Australian rules football players will assemble in Calgary this weekend for a training camp and for a shot at Team Canada glory.

It’s the first camp to prepare the women’s team for the 2020 International Cup, a tournament hosted every three years in Melbourne, Australia.

Team Canada has advanced to the finals three times since attending the competition, winning once and losing twice, each time to Ireland.

It is a 360-degree game and combines elements of soccer, basketball and rugby on a massive oval field bigger than any professional sport in the world.

Footy’s popularity is growing in Canada, with about 21,000 participants last year alone. BC Place in Vancouver holds a world attendance record of 32,000 people watching a footy game outside of Australia.

Spectators are welcome to the training sessions to see Canada’s best players showcasing the sport.

There will be games played on Sunday between 9 a.m and 4 p.m. at Inland Athletic Park.

Thirty Team Canada spots are up for grabs and the competition will be strong.