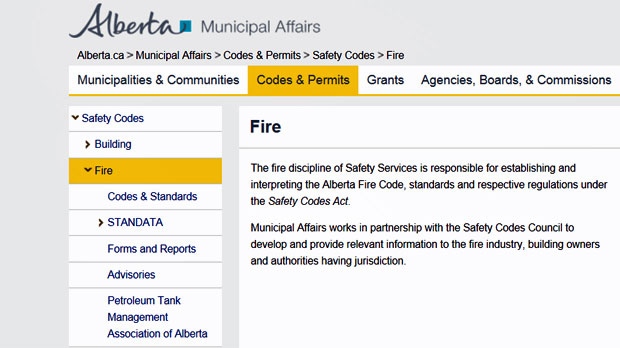 “We are pleased with the Court’s decision to convict the property owner and impose a substantial fine for his violations of the Alberta Fire Code,” said Paul Frank, Prosecutor for The City of Calgary. “People need to be safe when living in secondary suites and this conviction and significant fine sends the message that property owners with secondary suites must comply with all requirements of the Alberta Fire Code.”

The court found albertahe failed to provide the minimum life safety standards in a secondary suite as required in the Alberta Fire Code including:

The secondary suite had been occupied by a mother and son for several months.

“The Fire Enforcement Compliance team always prefers to achieve compliance through education, however when that’s not possible, legal action becomes necessary in the interest of public safety,” said Jim Robinson, Fire Marshal for the Calgary Fire Department. “As we approach the 10th anniversary of the 2009 Parkdale basement fire, we’re reminded how important it is to protect the public from injury or even death. We will continue to work with secondary suite owners to make sure they are compliant with the Alberta Fire Code.”

In January 2009, a fire in a secondary suite in the community of Parkdale killed three young adults and seriously injured a fourth person.

Fire investigators determined the basement fire was caused by a space heater, found there were no proper exit windows and the only smoke alarm in the basement suite was not interconnected between the suites.

One of the registered owners of the property pleaded guilty to violations of the Alberta Fire Code and the Provincial Court Judge imposed significant fines.

In Calgary, in order to be legal, all secondary suites must have planning approval, meet the minimum life safety standards and be listed on the City’s Secondary Suite Registry.

The Alberta Fire Code and Alberta Building Code are designed to protect the public, create minimum safety standards that all property owners must follow.

For a first-time offence, each offence under the Safety Codes Act could carry a fine of up to $100,000 and up to six months in imprisonment.