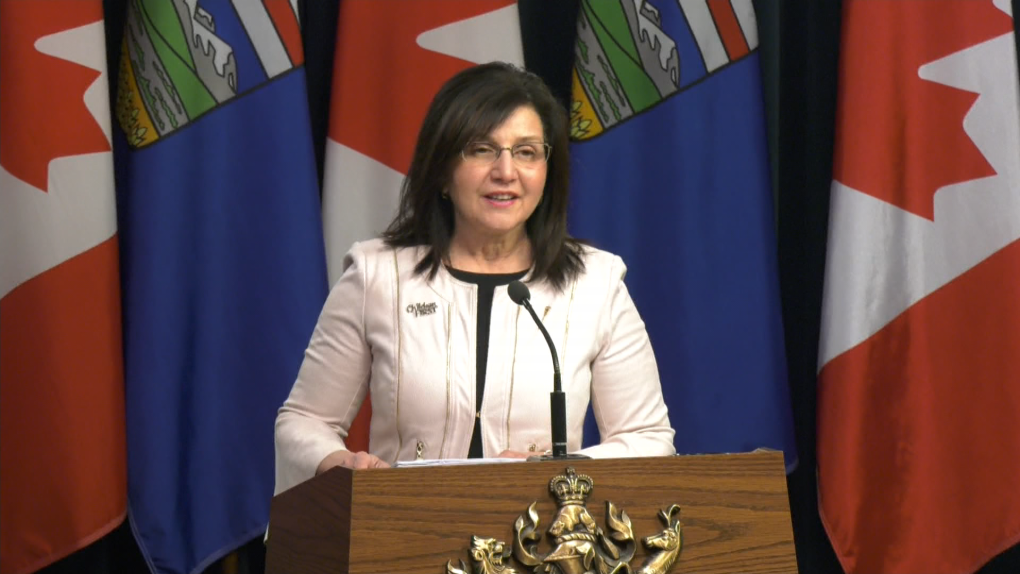 Alberta Education Minister Adriana LaGrange is implementing a number of changes to how the province's education system is funded. Feb. 18, 2020. (CTV News Edmonton)

LETHBRIDGE -- The province announced adjustments to its funding model for Kindergarten to Grade 12 schools Tuesday which will impact the two major school divisions in Lethbridge.

It will be moving away from a per-student based funding model and focusing on grants that will be determined by a weighted, three-year average that the province says will allow it to determine district funding by the spring, before the start of the new school year.

The government says the changes will result in all Alberta school divisions seeing an increase in operation funding for the next school year, but isn't releasing funding details until the 2020 provincial budget is tabled on Feb. 27.

“These changes will ensure our divisions continue to be equipped to provide our students with a world-class, high quality education," said Education Minister Adriana LaGrange.

The number of grants available to schools will be reduced from 36 to 15, but the province says the same amount of funding will be available through those grants.

“Anytime you make a new framework it should be improved. But I’m going to be cautious about saying super positive things” said Bosch.

Local officials say one of the concerns is how a rolling average may impact thriving communities like Lethbridge, while benefiting jurisdictions that are facing declining enrollments.

“Rolling frameworks satisfies, rural (communities) more than us but once again, we need to see how it’s actually put into place,” said Bosch.

The NDP opposition contends the change means both Lethbridge school districts will see cuts because they aren't funding new students coming into the system.

The province says the new model will be in place for the 2020-21 school year.