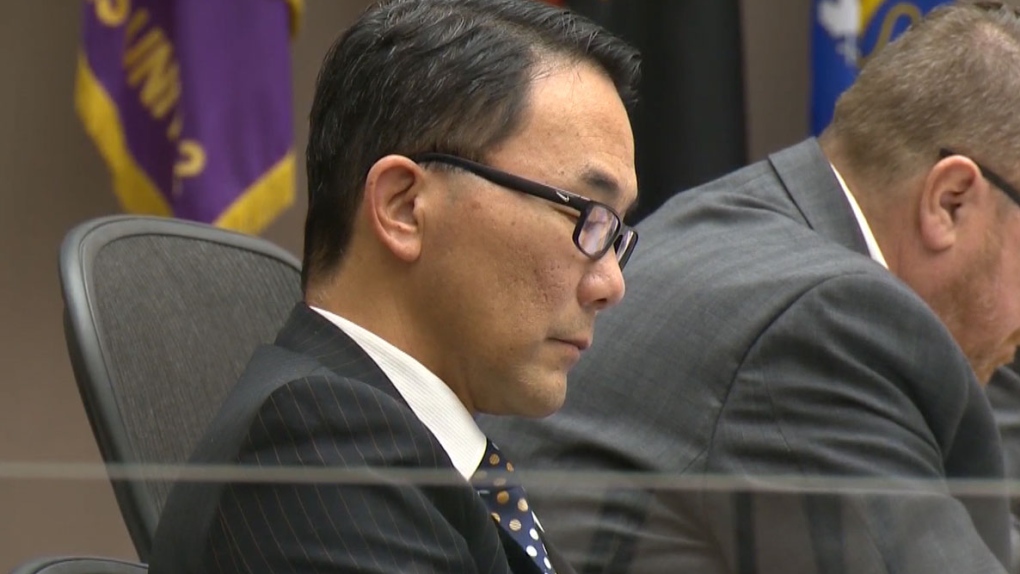 Sean Chu is facing criticism over his admission that he had a sexual encounter with a minor in 1997 while he was a constable with the Calgary Police Service. Municipal Affairs Minister Ric McIver said Friday that he doesn't have the authority to remove Chu from office.(file)
CALGARY -

McIver sought external advice from law firm Brownlee LLP, which delivered the opinion that McIver isn't authorized to fire Chu based on behaviour that took place before he was elected to council.

“Recently, I asked for expert advice on what options I have as Minister of Municipal Affairs under the Municipal Government Act to remove a duly elected member of a municipal council, and committed to releasing this information publicly," McIver said, in a release.

“I have received a response from Brownlee LLP, the external firm selected to review the Municipal Government Act. While the Minister of Municipal Affairs has supervisory jurisdiction over municipalities, the minister does not have authority to simply remove a councillor from office under the legislation, particularly for events that took place before a councillor was elected."

Chu was found guilty of discreditable conduct while he was a Calgary police officer for touching the leg of a 16-year-old girl while he was on duty and in uniform in a public place in 1997. A reprimand was placed on his file for five years, but the revelation, including an allegation of sexual assault, did not come to light until the days leading up to the Oct. 18 municipal election.

Chu won a third term as Ward 4 councillor by just 100 votes. He has resisted calls to resign from members of Calgary council, the mayor and PremierJason Kenney.

The opinion from Brownlee LLP was delivered to the ministry Monday, but only released to the public by news release Friday at 4:57 p.m.

CTV News has reached out to Chu for comment.

Nearly 1 in 5 Canadians putting off buying a home due to inflation, high interest rates: survey

With high inflation and rising interest rates, a new survey has found nearly one in five Canadians say they're putting off buying a home.

In 1st speech as Prince of Wales, William champions wildlife

Prince William delivered his first speech as heir to the British throne at a wildlife protection summit Tuesday, signaling that the royal family will continue to champion environmental causes as King Charles III is forced to step back from front-line campaigning.

'It came in straight through the master bedroom': Transport truck slams into home in Nanoose Bay, B.C.

A transport truck driver was airlifted to hospital Monday after his truck slammed through a home in Nanoose Bay, B.C., narrowly missing residents.

opinion | Don Martin: An Alberta storm is brewing as Danielle Smith is set to become premier