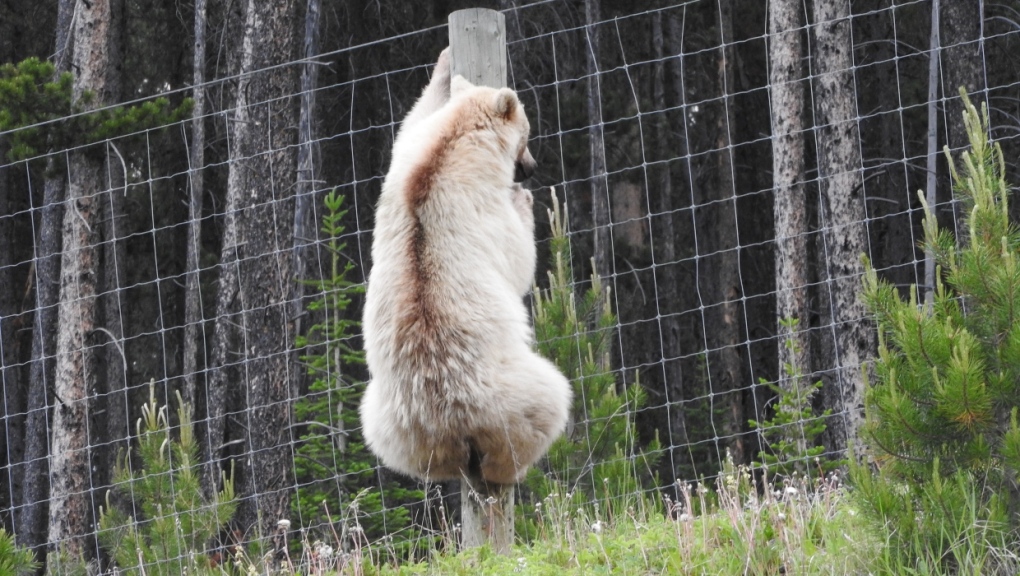 Officials with Parks Canada say they've relocated a rare white grizzly bear away from the Trans-Canada Highway and CP railway.

Wildlife staff captured and collared the well-known bear, nicknamed Nakoda by area residents, on June 21, at which time they were able to confirm it's a female.

The collar has GPS, which will help Parks Canada track and protect her.

Now that she's collared, her official designation is GBF178, or Bear 178.

Staff have since released her in an area within her home range but away from the dangers of the road and railway.

Officials say the actions were taken because she persisted in climbing the highway fencing and seeking out forage like dandelions on the wrong side of the fencing.

In a statement,  James Eastham, a spokesperson for Lake Louise, Yoho and Kootenay field units, said the collar will help staff better anticipate when the grizzly will appear alongside the roadway.

"Parks Canada staff have been working hard to protect the white bear and will continue to encourage it to use safer habitat away from roads and the community of Lake Louise," said Eastham. 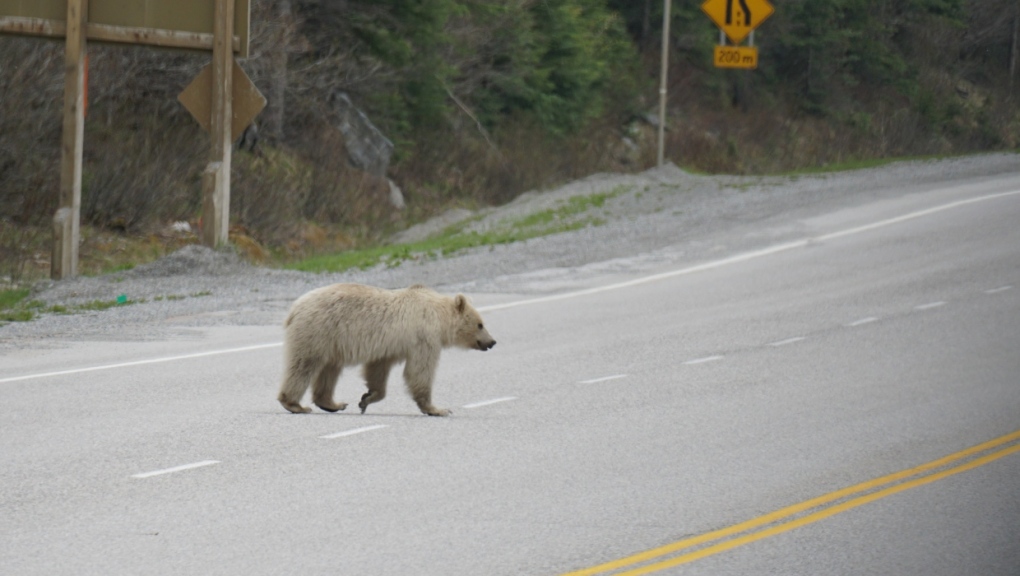 Nicknamed Nakoda, Parks Canada has given this white grizzly bear the official designation of GBF178, or Bear 178. (Parks Canada) The GPS collar will remain on the bear for a maximum of three years, before being remotely released.

As a backup to the timed drop-off mechanisms, the collar includes a section designed to decompose over time, causing the collar to fall off.

Eastham says Bear 142, a 12-year-old female grizzly, was seen in the Lake Louise area this spring with three cubs.

However, on June 22, Bear 136 – a male grizzly given the nickname Split Lip by locals – was seen chasing the cubs.

In subsequent days, Bear 142 was seen with only one cub, leading officials to suspect Split Lip killed two of the three young ones.

"Male grizzly bears are known to prey upon other bears including bear cubs," Eastham said. "While we regret the loss of any bear on the landscape, this is a natural occurrence and not uncommon behaviour."

Split Lip has preyed on the same grizzly's cubs previously.

Officials are stressing that everyone has a role to play in keeping wildlife safe.

Drivers are ask not to stop if they see wildlife on the roadside, particularly along the Trans-Canada Highway, and to report wildlife incidents to Parks Canada Dispatch at 403-762-1470.