RCMP officers have seized dozens of guns, including an AR-15, from a Calgary man after he allegedly flashed a firearm at someone during a road rage incident earlier this month.

Officers from the Strathmore detachment were called to Highway 1 east of Calgary on Sept. 10 for reports of a road rage incident involving a handgun.

Mounties stopped the suspect on Highway 1 near Range Road 270, arresting him and a passenger who was in the vehicle.

RCMP say officers found a loaded 9mm handgun in a holster under the drivers seat, and a 12-gauge shotgun with ammunition behind the back seat.

"A database search revealed other firearms were registered to the driver," Strathmore RCMP said in a Friday news release.

Given the erratic and dangerous behaviour in this incident, a public safety warrant was obtained to search the suspect’s home to seize any remaining firearms until this matter could heard by the courts."

RCMP say all of the weapons were stored "unsafely." 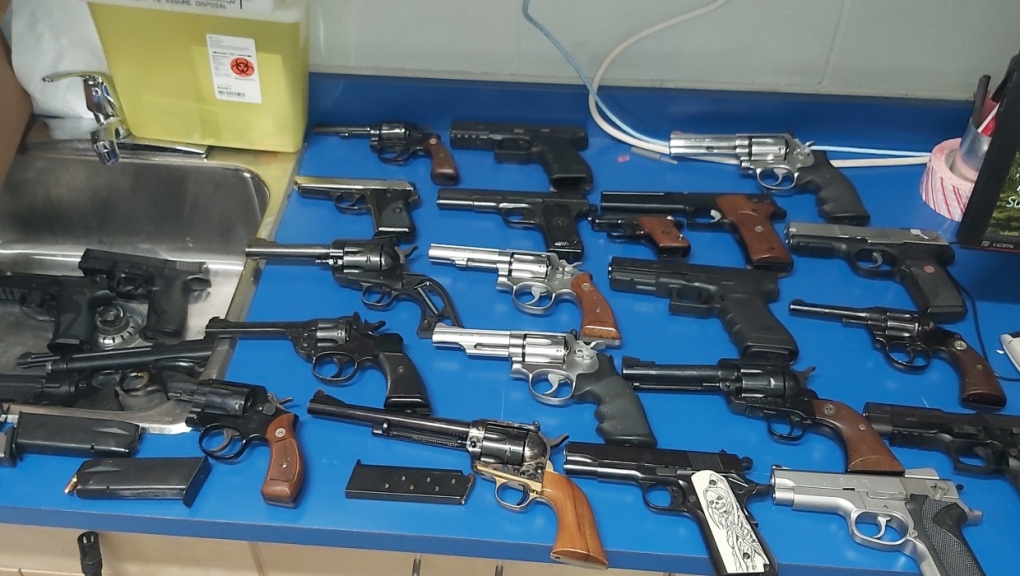 On September 10, 2022 Strathmore RCMP responded to a road rage complaint on Highway 1 East of Calgary where a handgun was reported to have been flashed at the complainant.
RCMP say the majority ofthe suspect’s restricted or prohibited firearms were not registered.

Officers also seized a number of prohibited devices such as magazines capable of holding more than the permitted number of rounds. 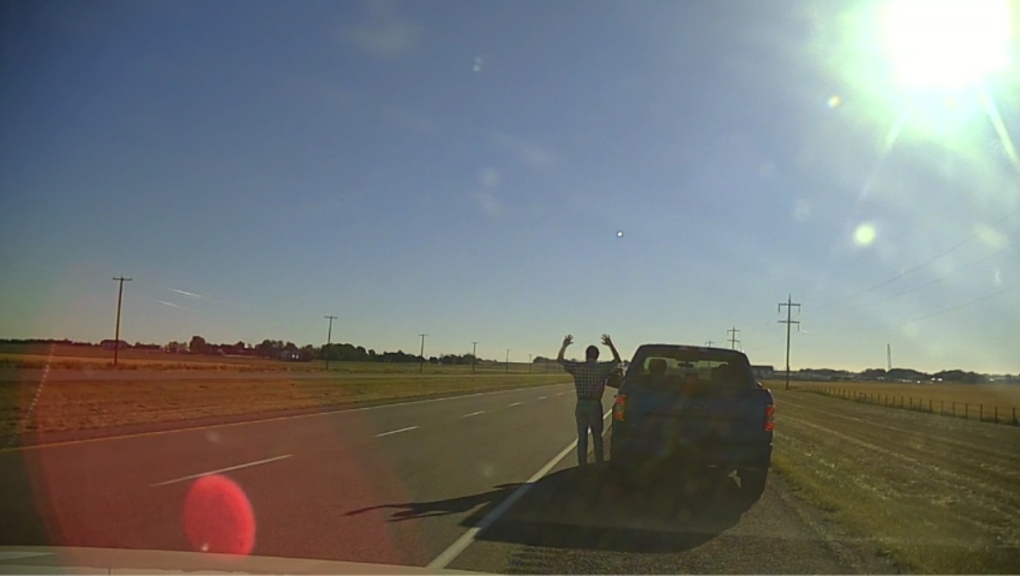 On Sept. 10, 2022, Strathmore RCMP responded to a road rage complaint on Highway 1 east of Calgary where a handgun was reported to have been flashed at the complainant. (RCMP handout)
Trevor Hauck, 51, is charged with:

"It's fortunate nobody was harmed," said Staff Sgt. Mark Wielgosz. "Public safety is of paramount importance which was the driving factor in the immediate response and subsequent search of a residence to prevent further offences.

"The charges and disposition of the seized firearms from this point will be decided by the courts."

Mexico braces for Hurricane Orlene as the storm heads for Mazatlán