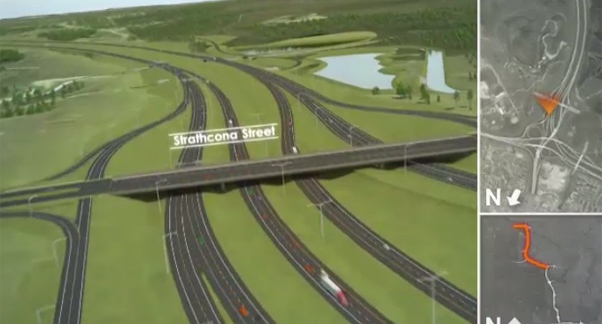 There’s another sign that the southwest portion of the ring road is moving ahead.

The province has released an animated video of the route the road will take as it winds through Tsuu T’ina land.

It’s glimpse of what driving the new section of the road will be like.

It is 16 kilometres long, includes 37 bridges, one rail underpass and 13 interchanges.

The land transfer agreement was reached between the province and the Tsuu T’ina nation last year which paved the way for the road construction.

The province says the next step is to find a contractor for this stretch of the road.