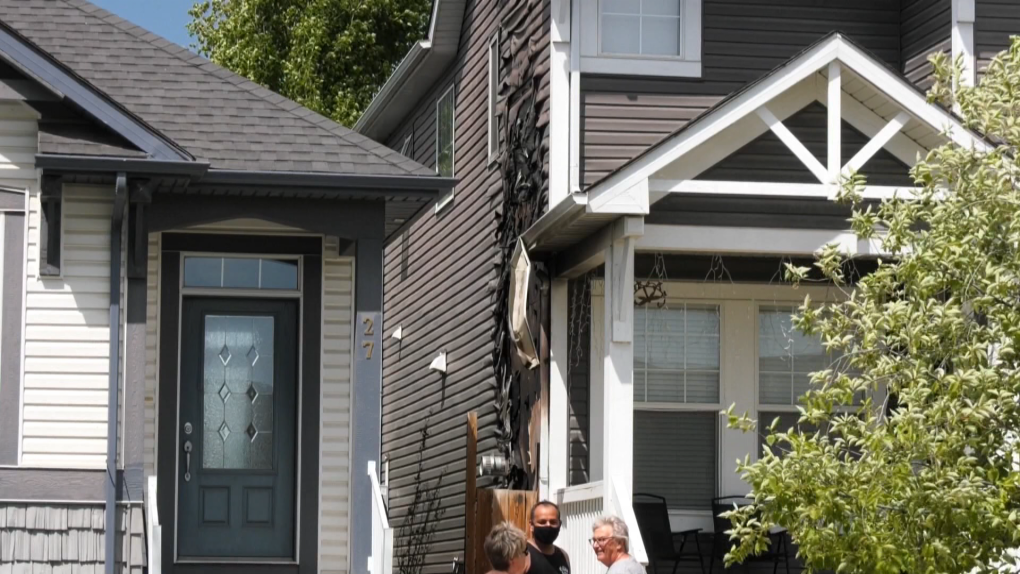 Two New Brighton home were damaged in a Friday morning fire — one by the flames, the other by the heat — but the Calgary Fire Department says fire-resistant materials minimized the damage.
CALGARY -

Calgary Fire Department officials say the damage from a Friday morning fire in a southeast neighbourhood could have been much worse if not for fire-resistant material underneath a home's siding.

Fire crews responded to a two-storey home along New Brighton Heath S.E. shortly after 11 a.m. following reports of a fire and encountered flames climbing the side of the building.

The fire was doused before it could spread to neighbouring homes but one adjacent residence was damaged by the intense heat.

No injuries have been reported in connection with the blaze and all homes remain habitable.

A preliminary investigation determined the fire started outside the home and the flames jumped from a fence to the house.

The spread of the fire is believed to have been hindered by fire-resistant fiberglass mat gypsum sheathing installed beneath the vinyl siding.

The exact cause of the fire remains under investigation.