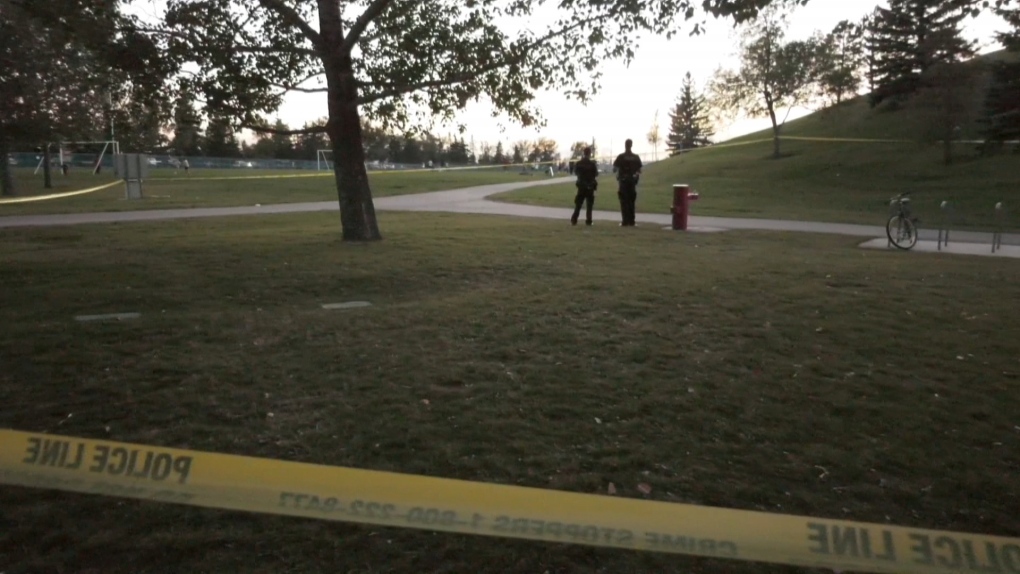 Police were called to Prairie Winds Park for reports of a shooting. Two men are now in hospital.
CALGARY -

Two men were sent to hospital after a reported shooting at Prairie Winds Park in northeast Calgary Sunday night.

Police were called to the park in the 200 block of Castleridge Blvd. N.E. about 8 p.m., where they found evidence of a shooting and multiple witnesses, but no victims.

A man was later found wounded at a nearby store and taken to hospital. A second victim also showed up at the Peter Lougheed Centre suffering from a gunshot wound. Neither injury was described as life-threatening.