Snowfall warnings in place for southeastern Alberta, 5 to 10 centimetres expected 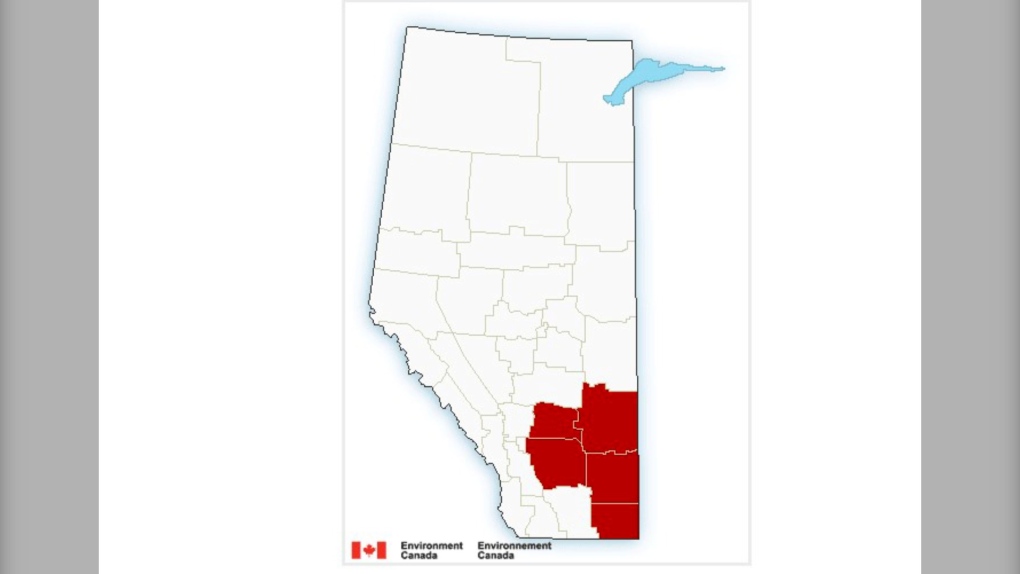 Snowfall warnings were in place Sunday for several regions in southeastern Alberta.

CALGARY -- With areas expected to receive between five and 10 centimetres, Environment Canada has issued snowfall warnings for the southeastern corner of Alberta.

While most areas will see between five and 10 centimetres, "a narrow band of heavy snow with higher accumulations in the 10 to 15 cm range is forecast to set up in an area from near Calgary southeast toward Medicine Hat," reads the warning.

"Snowfall is forecast to taper off Monday morning, although areas near Medicine Hat and Cypress Hills will continue to see heavy snowfall until later in the day on Monday, with the greatest accumulations falling along the northern slopes of the Cypress Hills."

As of 11 a.m. Sunday, the warnings included:

Northwesterly winds are also expected, which could cause snow drifts and reduce visibility for highway drivers.

"Visibility may be suddenly reduced at times in heavy snow. If visibility is reduced while driving, turn on your lights and maintain a safe following distance."