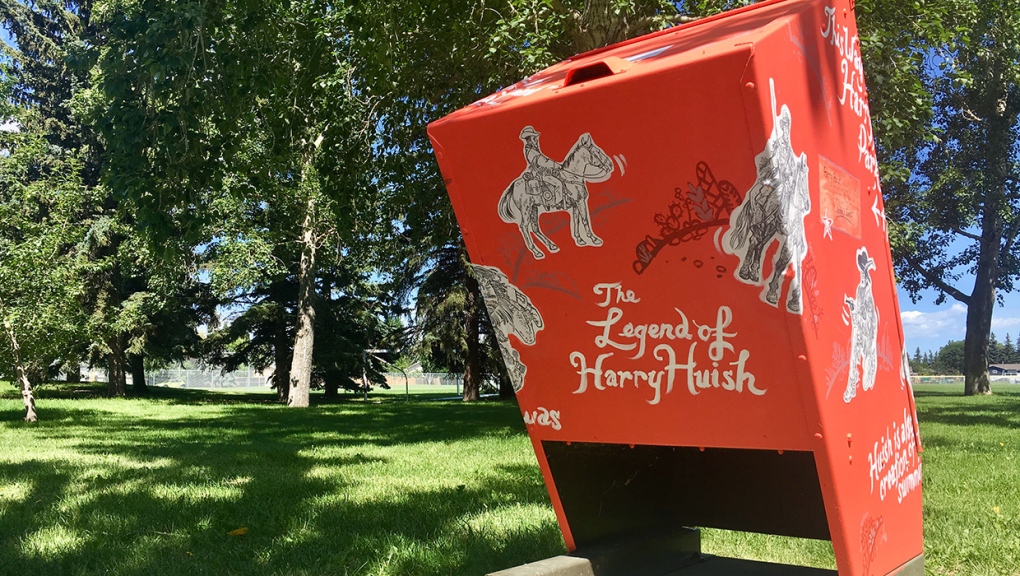 A section of southeast Calgary now boasts a new way of promoting its history.

A dozen garbage bins around the Millican, Ogden and Lynnwood area have been converted to bright, artistic displays of the area’s past.

Kaylynn Miller, general manager of the Millican Ogden Community Association, described the bins as a nod to the important places and figures of the community.

"Mostly it’s just to emphasize on the deep roots of this community, this is a big historical area."

Miller also noted the longstanding family ties to the area. "Lots of families here take great pride and they are very happy to see some of their achievements being featured on these garbage can arts."

The artistic makeovers of the bins are funded by the city, and are one of three art installations awarded to the community.

One bin features the achievements of Harry Huish, an important member of Steele’s Scouts. The group of rough and tough cowboys worked alongside the RCMP in the late 19th century to help maintain order before Alberta became an official province.

Miller stated there was a direct family-link to the art on the bin. "We have one board member who was the grand-daughter of Harry Huish, and her daughter actually helped paint the Huish bin, so it was really neat."

Forming the first third of the 'This Is My Neighbourhood' project, the bins will be accompanied by a mural fence and a series of statues that will be installed throughout the community.

Miller hopes other areas of the city take note. "I know some other communities do have garbage can but not to this extent to highlight the history in the area."

"It would be nice to see this in many other areas of the city."

The bins will eventually have maps installed on their lids showing the locations of all the painted garbage cans in the area. All 12 bins will be completed by the end of August.