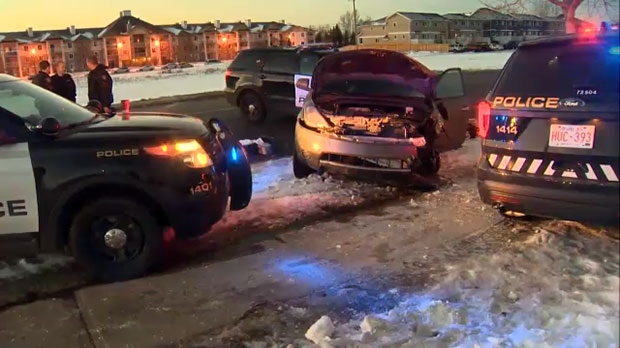 Police stopped the vehicle in the Pineridge area and took one person into custody.

One person is in custody after police stopped a stolen vehicle in the Pineridge area on Monday morning.

Police were called at about 7:30 a.m. for reports of a man fleeing from the scene of a violent incident.

Officers followed the man in a stolen vehicle and say the vehicle was being driven erratically.

A police vehicle rammed the car, stopping it near the intersection of 66 Street and 26 Avenue N.E.

The man was taken into custody and police are investigating.