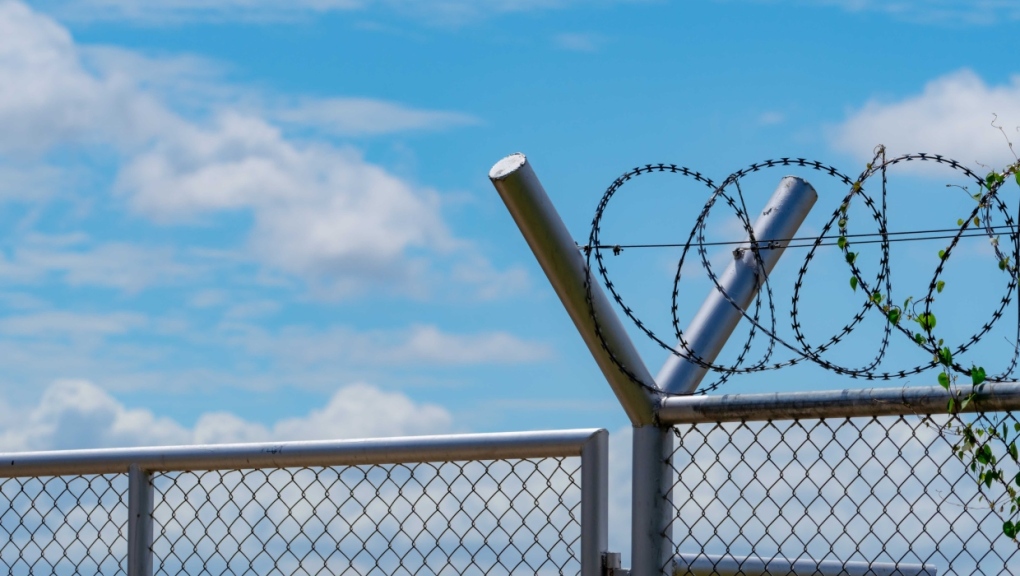 RCMP say a man who was able to break free from officers during his arrest in south Calgary on Monday was eventually caught when he became tangled in razor wire.

The suspect, 36-year-old Gino Policarpo, was wanted by the Southern Alberta Crime Reduction Unit (SACRU) and RCMP as they investigated a string of break-ins outside of Taber.

The investigation was sparked after theft from a property in the MD of Taber on Nov. 17, in the area of Range Road 154 and Township Road 94.

Shortly after officers were called to the area they received a 911 call from a second victim who said a stranger had pointed a firearm at him from inside a pickup truck.

It was determined two suspects were involved in the incident.

One of the suspects, 42-year-old Brent Madill of Calgary, was arrested without incident.

He was charged with a number of charges, including:

RCMP said they weren't able to locate the second suspect, Policarpo, and issued warrants for his arrest.

Then, on Monday, RCMP said Policarpo was spotted in Calgary in a vehicle with two other men.

Officers moved to arrest him when he stopped at gas station on 42nd Avenue S.E. and Blackfoot Trail, but said he ran off.

"He was caught by police but broke free and took off again," a Wednesday RCMP news release explained.

"When the police caught up with him a second time, Policarpo produced a knife towards the police officer in a threatening manner and then continued to flee."

RCMP said the suspect ran across 42nd Avenue, through a parking lot and to a chain link fence he tried to climb, but he became tangled in razor wire.

Officers freed Policarpo from the wire and took him into custody.

RCMP said he suffered lacerations during his entanglement. He was taken to hospital for his injuries and released back into police custody.

Policarpo has been charged with:

One of the men inside the vehicle with Policarpo, 43-year-old Craig Quesnell, was also arrested.

He has been charged with:

RCMP said the third man in the vehicle ran from the scene and hasn't been located.

During a search of the vehicle, RCMP said officers found five stolen licence plates, a substance believed to be fentanyl and break-in tools. 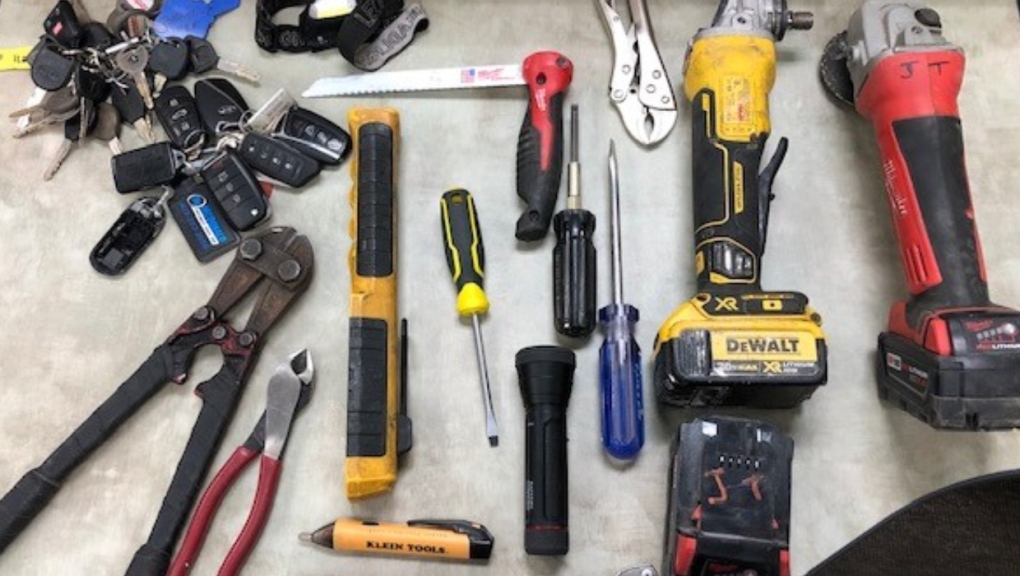 Items seized by police during an arrest by the Southern Alberta Crime Reduction Unit (SACRU) and RCMP. Officers are also looking for the owners of a sniper Airsoft rifle and a pellet gun that were recovered. 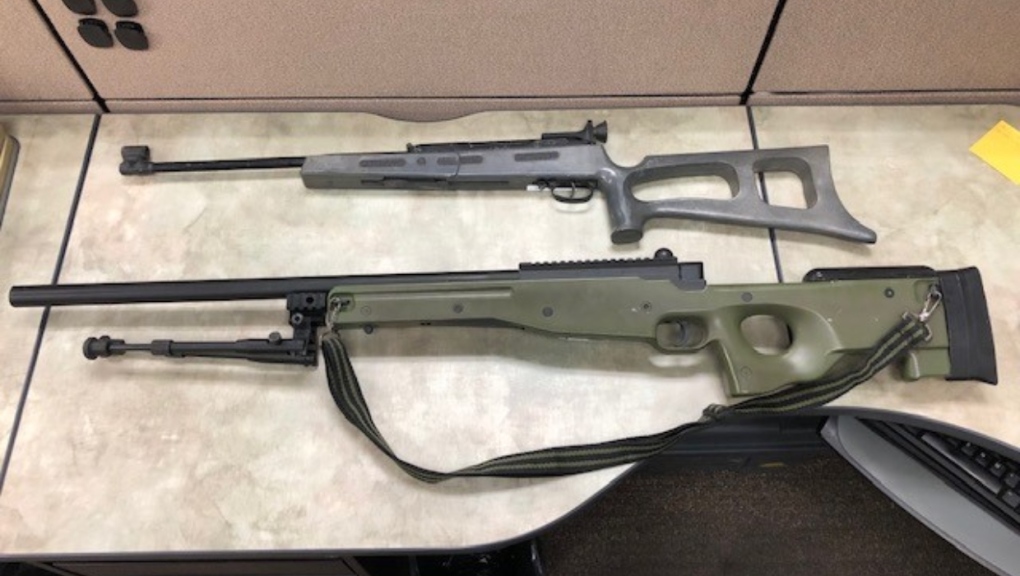 Items seized by police during an arrest by the Southern Alberta Crime Reduction Unit (SACRU) and RCMP. RCMP are asking anyone who believe they may be theirs are asked to call SACRU at 587-439-3259 or 403-462-7217.