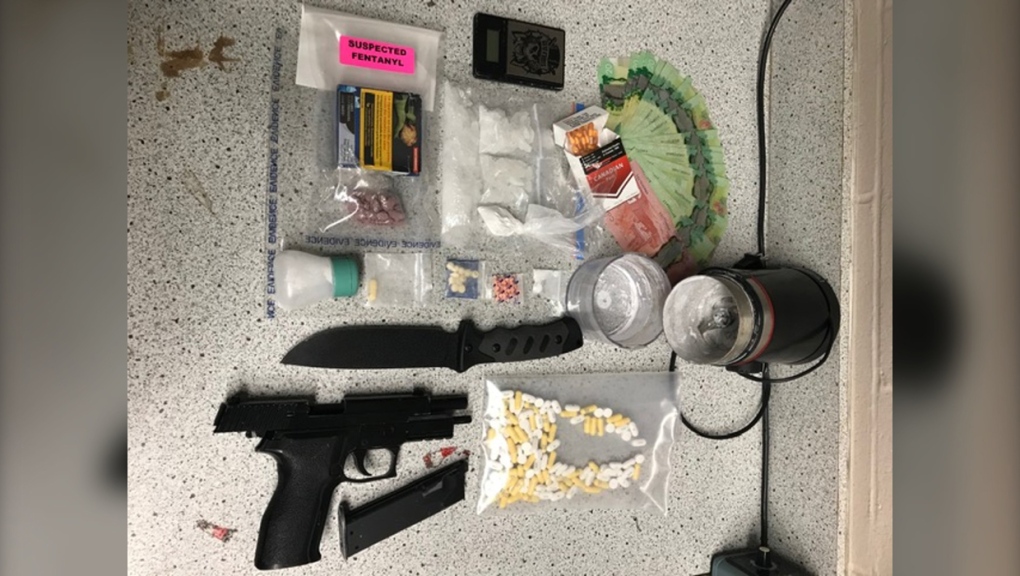 Innisfail RCMP discovered drugs, weapons and cash in a search of a car Friday, resulting in multiple charges for a 34 year old Rocky Mountain House resident

A targeted patrol near Innisfail, Alta., paid off  Friday when Innisfail RCMP noticed a suspicious vehicle in the Cannon Park area that led to the discovery of a stash of drugs, cash and weapons.

The police saw a man reaching into the trunk of his vehicle, and approached him. They were able to determine that he was wanted on a number of outstanding warrants, and arrested him.

A search of the vehicle revealed illegal drugs, weapons, and a sum of Canadian currency.

Vaughan appeared before the Justice of the Peace and was released to attend court Oct 9 in red Deer Provincial Court.