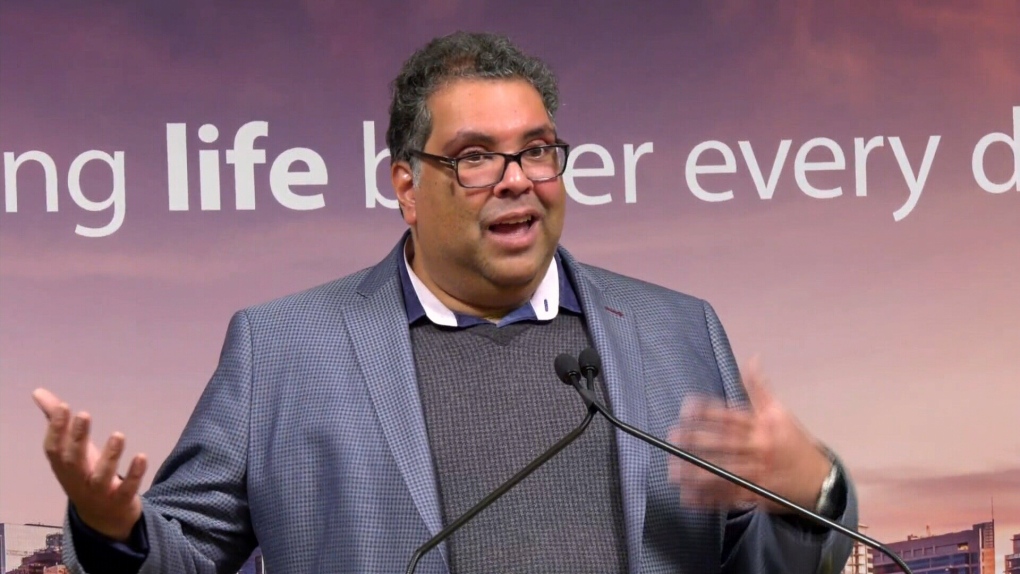 Calgary Mayor Naheed Nenshi gave one of his regional counterparts a verbal smackdown during an online meeting last week, accusing her of spreading "lies" about COVID-19 and vaccines.

During a discussion on COVID-19 measures during a Calgary Metropolitan Region Board meeting on Sept. 17, Reeve Suzanne Oel -- who represents District 4 in Foothills County – stated that vaccine trials were only done on animals before being approved for human use.

Saying she was "certainly taking this risk making this statement," Oel shared what she called "a very heart-felt message which considers the diverse views of our residents."

"Many residents are opposed to the 'vaxport' and to the mandating of these rules coming forward here and what I see is the creation of Apartheid society and turning our citizens against each other," she said.

"Some people believe that the vaccine will protect them, others disagree. A note is that the experimental vaccine does not prevent infection or transmission, safety trials have not been completed. Many serious instances of adverse effects are showing up."

Board chair Greg Clark then said COVID-19 is a "hot topic" and "emotional" and encouraged members to "stick to facts," noting the aim of the meeting wasn't to "necessarily debate the merits of medical science but to find ways to promote wellbeing for residents and provide feedback to the province."

Oel then claimed vaccines were only tested on animals before being approved for use in humans, which raised the ire of Nenshi.

"I'm sorry … what she has said is 1,000 per cent false and this is not a place for us to abide by those extremist views that are putting people in danger," he interjected.

"I was with an ICU nurse yesterday, people are dying every day. Yes, we have to have a diversity of views, we don't have diversity of BS like that. That is completely untrue and saying things like that puts people at risk and you should be ashamed of yourself.

"Saying it was only tested on animals is a lie."

Each of the four COVID-19 vaccines authorized for use in Canada have undergone clinical trials involving thousands of participants before being subjected to independent review by Health Canada.

Figures released by Alberta Health Services on Friday show the numbers of cases per 100,000 population are dramatically higher in rural areas than urban centres, including: