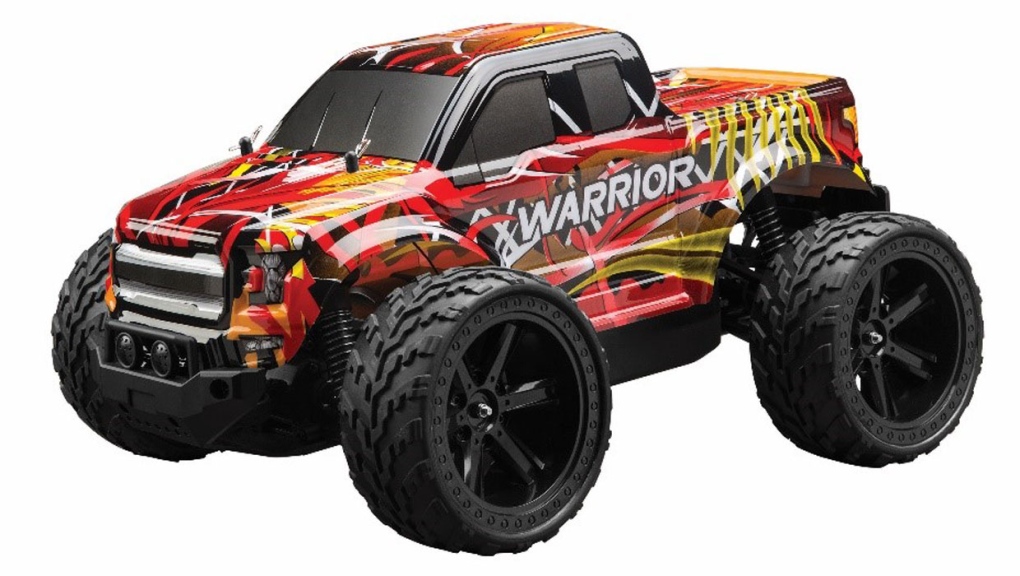 Health Canada is recalling the Road Warrior Remote Control Racing Truck, sold at Costco in Canada, because the toy may catch fire while being used. (Supplied)

CALGARY -- A remote control toy truck, sold at Costco stores in Canada, is being recalled because of a risk that the product may overheat and catch fire while in use.

Health Canada says the Road Warrior Remote Control Racing Truck, which was sold in Canada between November 2019 and January 2020, is being recalled.

The agency issued the bulletin on Monday, saying it has already had about a dozen reports of the toy catching fire, but no injuries have been reported.

The truck has a red, yellow and orange striped design, large black wheels and it bears the word "Warrior" on the sides. The battery compartment on the underside of the toy is secured with a screw and latch. 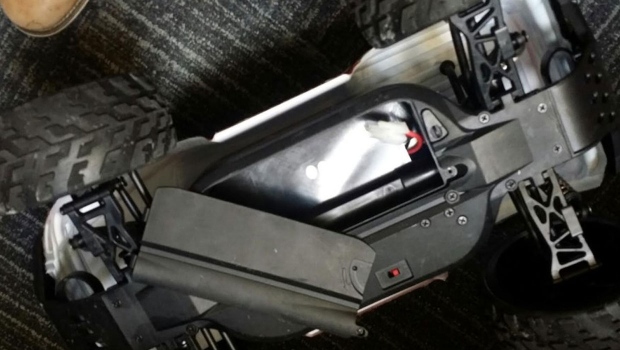 Customers who have the affected product are told to immediately stop using them, remove the batteries from the compartment and return it to a Costco store for a refund.

Customers looking for more information about the recall can contact the manufacturer, Amax Group USA, by email or by telephone by calling 1-866-360-1510, 9 a.m. to 6 p.m. Monday to Friday.