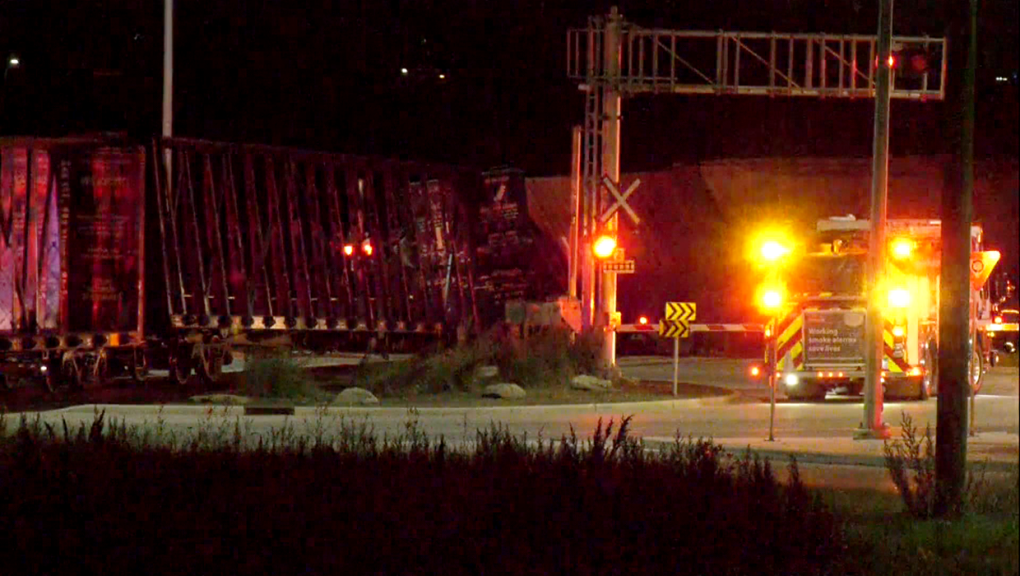 A CP rail train jumped the tracks Thursday evening around 9:12 p.m., at the traffic circle around Dartmouth Road and 26th Avenue SE, right outside a district police office.

Members of the CP Police, the Calgary Police Service and Calgary Fire Department responded to the scene.

According to police, cars jumped the tracks but none toppled in the area east of downtown Calgary.

There were no hazardous materials on board, just empty cars and grain. No one was injured in the incident.

The traffic circle near where the derailment occured was closed to traffic for several hours.