Trio of cougars spotted wandering along the Ghost River

Trio of cougars spotted wandering along the Ghost River 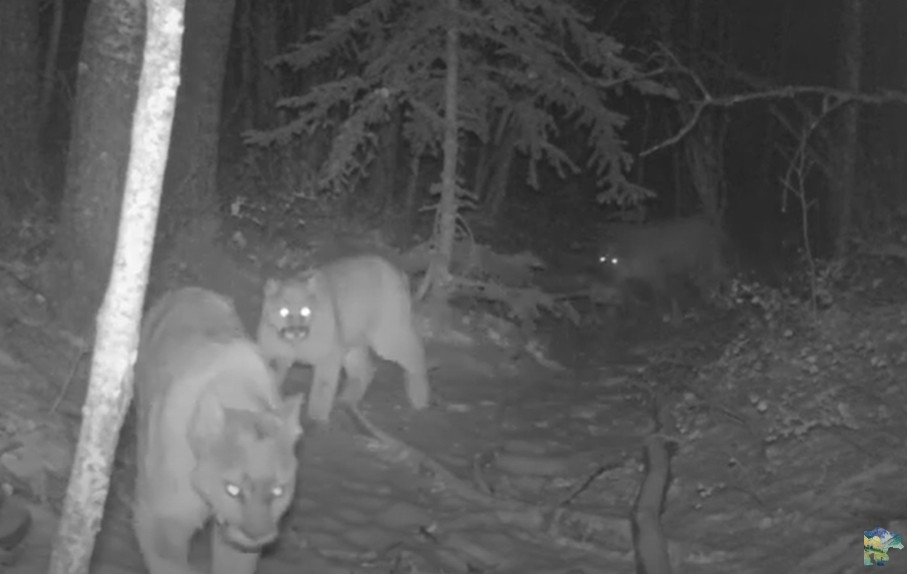 A wildlife sighting captured on camera near the Ghost River is fascinating to look at, but the camera operator says it's not that rare.

Jack Borno, the owner of The Ghost River Bush Cams, says a momma cougar with her two kittens wandered by the camera in December.

Borno says the kittens are adult-sized, and the mother will likely soon send them on their way to prepare for another litter.

The Ghost River Bush Cams has captured the trio about six to eight times since 2020.

Conflicts with humans are rare – their primary food source is deer.