Calgary’s southeast streets had ‘Turk’ to call their unofficial mascot, but now, residents in the city’s northeast communities have an ambassador of their own.

“It's fun to see him,” said Paul Caddigan, who lives in Harvest Hills. “He’s pretty relaxed, and he’s pretty agile.”

Caddigan is talking about a three-pawed bobcat. He first spotted the feline outside his front window last month, lounging in the sun on his patio furniture.

“He had its head up against the pillow,” said Caddigan. “He was here for about three, four hours.”

Caddigan says the animal has been making its rounds through the northeast like Coventry Hills, Panorama, Country Hills, Hidden Valley and Sandstone, so he’s not sure when or if it will return to their porch.

“I'm just gonna let him be and he'll grab his birds or rabbits or whatever he does,” Caddigan said. “And if it comes back, (I’ll) just let it do its thing again.” 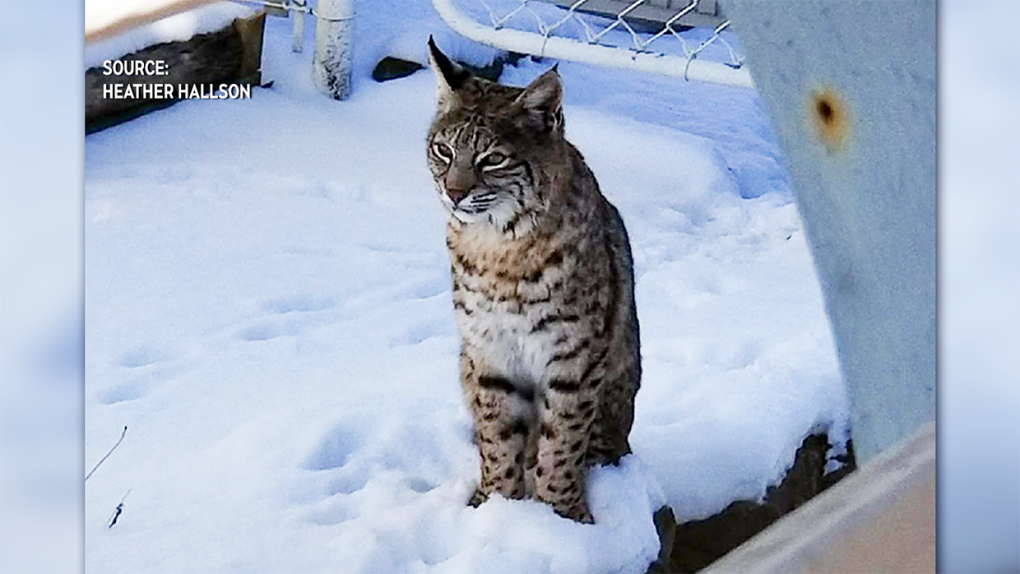 The sex of the bobcat has not been confirmed, but according to Caddigan, area residents believe it is male and have named it ‘Stumpy.’

“There’ll be pictures posted of the cat online all the time,” said Lloyd Koshman, another resident of Harvest Hills.

Adding, he doesn’t mind having Stumpy around. “We’re perfectly fine with it, we moved into his territory,” he said.

While residents are leaving the bobcat alone, there are other tips on how to be a good neighbour to Calgary’s wildlife.

“We just advise people to give (animals) space,” said Holly Lilly, the executive director of the Alberta Institute for Wildlife Conservation. “And not to have attractants in their garden, whether that’s food or garbage and things like that, so that you can provide that humane exclusion if you don't want them.”

Removing sources of food, water, and shelter, will help keep bobcats and other wildlife away, according to a spokesperson with Alberta’s Justice and Solicitor General. If there is concern for an animal's well-being, it’s best to leave it alone, and call the nearest fish and wildlife office for advice.